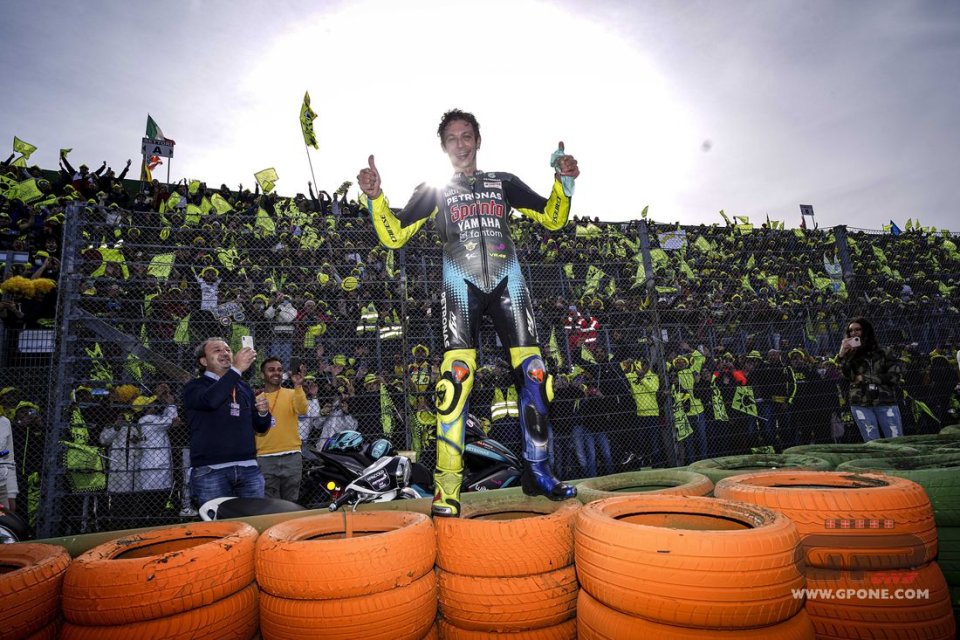 Everything comes to an end sooner or later and Valentino Rossi's career will draw to a close in Valencia. After 26 years, the Doctor will race his final race in the world championship, and then start his new life, as a father and still a racer, albeit double the number of wheels. It will certainly be a weekend full of emotions for the Petronas team rider, a farewell that will undoubtedly leave a massive void in MotoGP.

For the moment, Valentino is still unable to imagine what it will mean to line up for the last time in front of the red lights and then, again, to take the final chequered flag.

“Although it will be my last race in MotoGP I feel normal and I think that’s okay, especially as this has been a very long season – he confessed – maybe the days after the weekend will be different this year, but we will see. I hope that I will have the chance to say ‘ciao’ to my fans in a good way and to say thank you for the support.”

There will be time for goodbyes later, but now Rossi wants to tackle the Valencia Grand Prix as usual.

“Valencia is always a special weekend and can be a difficult race in different aspects, especially as it is always the final round of the year – apart from last year when we ended in Portugal. However, it is somewhere that I have had some very good times – he recalled – I’m hoping that we have some good weather there so that we can focus on ending the final race in the top-15 and take some more points.”

For his final GP, Valentino will be alongside Dovizioso, who will race his last race with the M1 Spec B, before getting his hands on an official bike next year.

“I’m hoping that this weekend we can continue adapting to the bike more, as we made some small steps forward last time out at Portimão – he explained – It will be important to maintain this and continue working in the right direction in Valencia, to end the season as best as we can. My main target is going to be to gain more confidence on the bike, as this is also very important for me to do before the end of the season. Although I’m enjoying riding again and gaining experience, I am happy to finish the season – hopefully with some more points – because I’m looking forward to starting the 2022 one.”