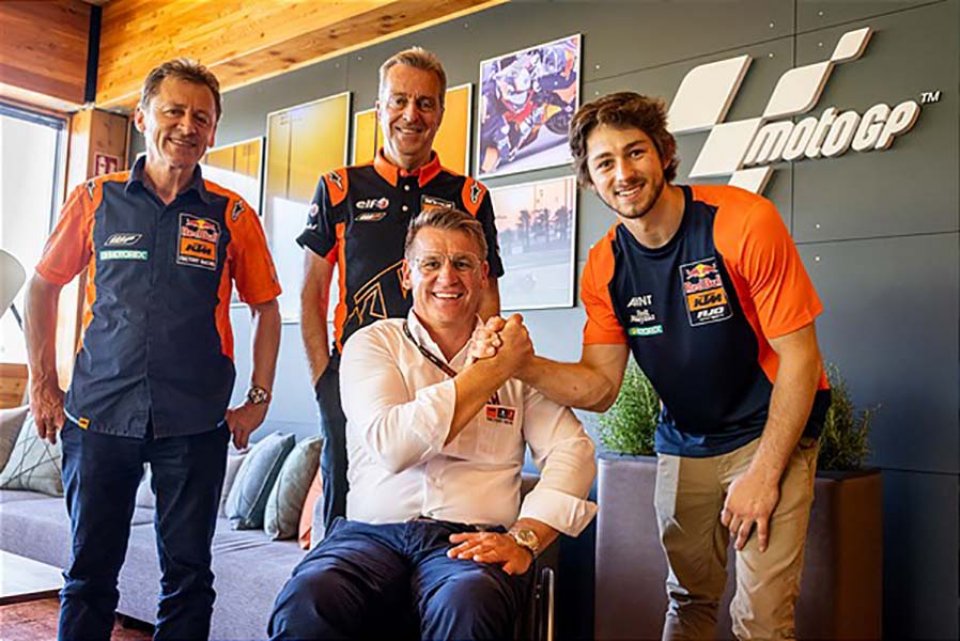 Grand Prix winning Moto2 star Remy Gardner will move into the MotoGP class next season and steer one of the Tech3 KTM Factory Racing RC16s as he continues his upward trajectory at world championship level.

Gardner, the current Moto2 championship leader, Italian Grand Prix victor and owner of five podiums from six events this season as part of Aki Ajo’s Red Bull KTM Ajo squad, has signed a contract to make his MotoGP debut next year and completes the final step on the KTM GP Academy career ‘ladder’ by joining his former team.

The 23-year-old’s potential has been evident through an education that involved one term in Moto3 and five in Moto2. He was finally snared by KTM to round-off advanced phases of his development under Ajo’s watchful eye and in the crew that has pushed both the Red Bull KTM Factory Racing athletes – Brad Binder and Miguel Oliveira – to triumph in MotoGP.

Remy made his GP debut in San Marino in 2014. He first stood on the Moto2 podium in 2019 at the Grand Prix of Argentina and has progressed to be one of the main protagonists of the division. After his success at Mugello last weekend he now holds two Moto2 winner’s trophies and fronts the standings by six points.

Gardner will fire-up the Tech3 KTM RC16 for the first round of the 2022 season, almost three decades after his father, Wayne, retired from the premier class of Grand Prix racing in 1992.

Remy Gardner: “If we’re this strong, it’s also thanks to Raul Fernandez”