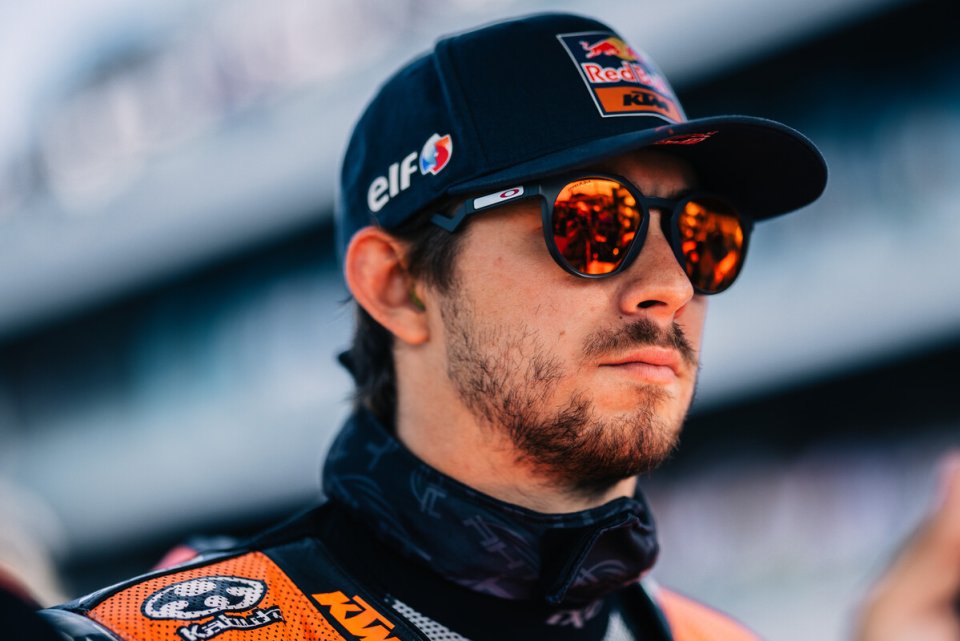 The Misano tests for Remy Gardner and Darryn Binder could be their last MotoGP ones. There’s no place in the queen class for both, so they’re looking around to figure out what championship they’ll end up in next season.

The Australian rider is testing the waters in the Moto2 (a category where he’s world champion in charge) and also the SBK, while the intermediate class is the most likely option for the rider from South Africa, who jumped from the Moto3 to the MotoGP.

“Paco Sanchez is assessing his options. We’re looking for the best that will allow me to get back to fighting for the victory,” Remy explained. “I don’t know yet if I’ll be in Moto2 or SBK, but I have confidence in my manager.”

The next few weeks will be crucial, also to recover from the hard blow Gardner received from the KTM, which put him unceremoniouslyat the door.

“Getting here is the dream I fought for all my life. I succeeded, and the first week after the news was hard, but there’s a life outside the races, and it goes on.” He has to get over it. “Things always happen for a reason. I want to enjoy my last races in the MotoGP as much as possible, because I don’t know if I’ll be back.”

Wayne sided with his son, pinning all the blame on the Spanish manager for not being able to renew his contract. Remy disagrees.

“He’s my dad, I love him, but he hasn’t been involved in my career since last year. I don’t want to talk about private things,” he concluded.

As for Binder, things seem to be more defined, and an announcement about his future is expected shortly.

“My plan is to go to the Moto2. My manager is working hard to find me a good place. I think we’ll soon know where I’m going,” he said.

After the shock of moving from a 50 HP Moto3 to an almost 300 HP MotoGP, Darryn will be taking a step back.

“After riding a MotoGP, I don't think anything will be faster.” he said jokingly.