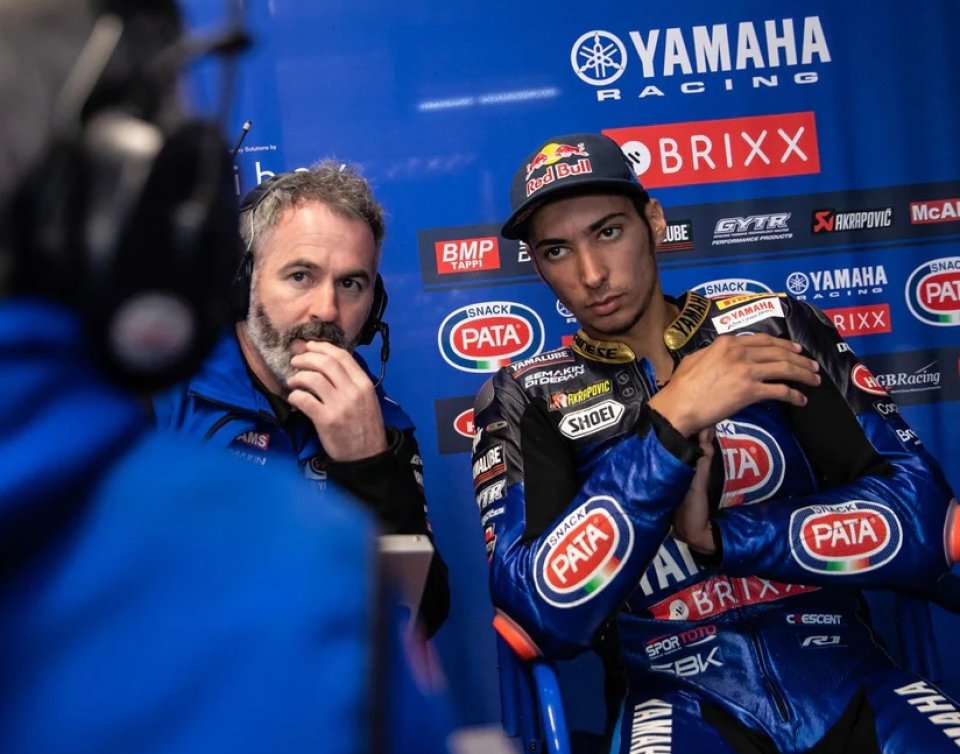 This will be the shortest winter ever for the SBK World Championship. This week, the Kawasaki and BMW riders will be returning to the track for two days of testing in Jerez, followed closely by Honda and Yamaha that, along with the Bavarian  constructor, will occupy the track from December 13th to 15th. The three-day tests in Andalusia will be the first chance to get to see the GYTR GRT Yamaha team, Remy Gardner, Dominique Aegerter, as well as Garrett Gerloff, who will be getting on the BMW M1000RR for the first time, after having said good-bye to the team led by Filippo Conti.

Toprak Razgalioglu spoke of the two new rookies and admitted on the official SBK website to having high expectations for the Swiss rider and recent SSP Champion with a new record of wins in one season.

“He’s an excellent rider, and he’s very fast in the race, especially in the last part,” the 2021 World Champion emphasized. “600cc bikes are different than Superbikes, but I think his riding  style is similar to that of the SBK, even if I can’t say it before I’ve seen him.”

The Turkish rider is certain that Aegerter will have no problem taking the leap, thanks to the experience he’s gained riding the Yamaha R6.

“He’s great, because the 600cc Yamaha and the R1 are not that different from each other and, after racing with the R6, it’ll be easier to rider the R1,” Razgatlioglu added. “I’m saying it because even Locatelli won the World Championship in the SSP and then rode the Yamaha R1, going really fast. You need a little more Superbike style to better preserve the rear tire during the race. Aegerter is an experienced rider, so we’ll see how he behaves next year.”

Instead, Remy Gardner’s experience will be different when he gets on the R1, after completing his debut year in the MotoGP, riding the KTM RC16. It’s a difficult season for the Australian rider, as he tries to relaunch his career by debuting in the SBK, with the help of the GRT team.

“Remy comes from the MotoGP, and that’s a completely different bike,” Toprak said. “I hope he rides really well, because the Yamaha is really fast in corners. We’ll see during the tests.”