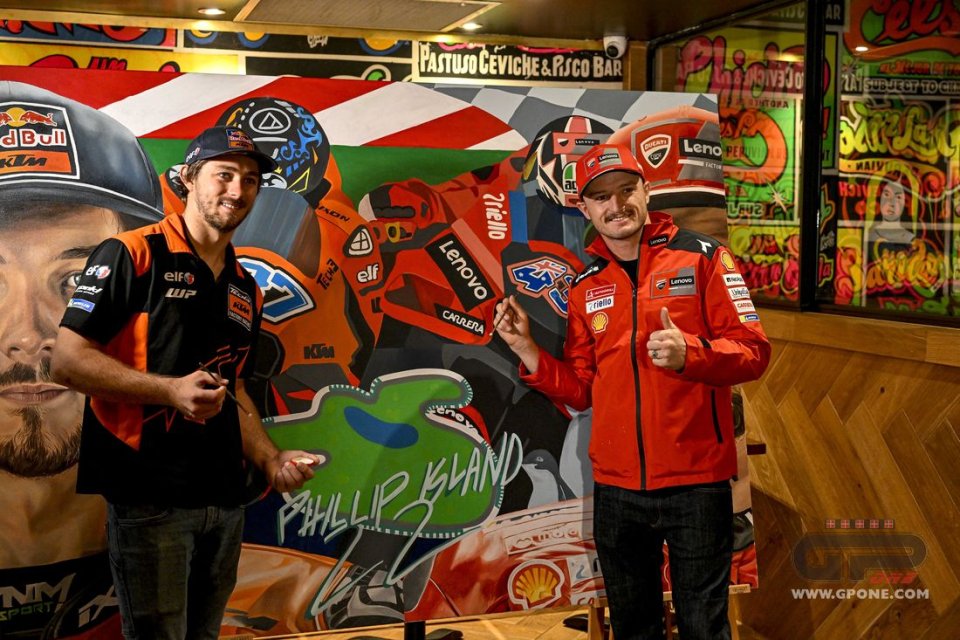 This weekend, at Phillip Island, will be the last round of the SBK World Championship. Australians have a long tradition in this championship, and next year it’ll will start with the arrival of Remy Gardner. After his victory in the Moto2 and his brief adventure in the MotoGP, Remy will race on the GRT team’s Yamaha. Miller, who’s a big fan of the SBK, will be there to carefully observe him. He raced in the Australian championship last year and will be repeating the experience in a few weeks.

“It’s fantastic. The Australians have a long history in the SBK with Troy Corser, Troy Bayliss, Chris Vermeulen. I’m sure I’m leaving someone out,” Jack said. “It’ll be great to have another top rider with a good bike who’ll  go there hoping to get some good results.”

Logically, Miller would have preferred to battle it out with Gardner in the MotoGP.

“It’s sad to see Remy leave this paddock, but it’s fantastic that another Australian can start racing with a competitive bike in the SBK,” he continued. “We hope that Remy can adapt to the bike, to be fast, and that soon we’ll see him battle it out with riders of the caliber of Toprak, Jonny, and Alvaro.”

The new KTM rider is sure he can do it.

“Once he understands what the tires are like, because they’re much softer than the ones we use, I think he’ll have no problem gaining confidence. I can’t wait to watch him up close,” Jack concluded.

This is the last act: the Suzuki Racing website closes. It is unclear why Suzuki does not want to turn it into a page commemorating the many...
3 hours 47 min ago