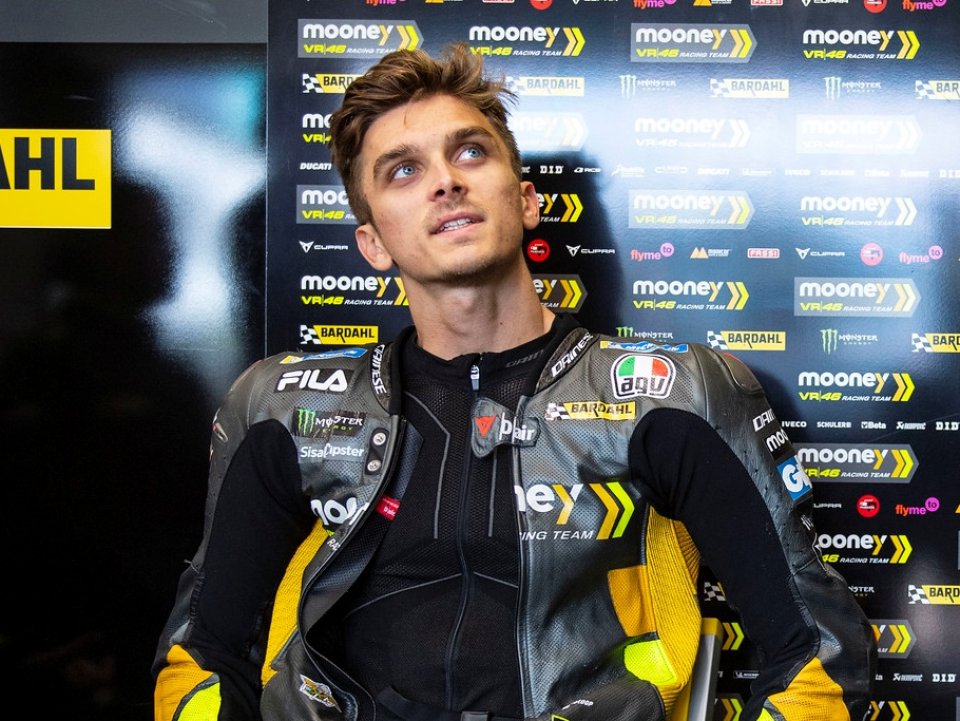 “It was a unique GP, because a group race like this is very different than the others, but also interesting. I enjoyed every moment. It was a good fight,” Luca Marini commented on the Australian GP, where he ended the race at the bottom of the top 5, in sixth position. “I lost a lot of time during the incident between Alex and Jack. Then I think I wore the tire out too much in an attempt to reduce the gap, and I reached the leading group, when I was struggling a bit more than the others,” Luca explained. “I think it would’ve been easier if I had always kept up with them, but it was a great race anyway. My weekend was going very badly, but we straightened it out, and that makes me very happy and satisfied with my team’s work.”

A more than positive race for Marini, but he would've preferred to be able to dare a bit more with the electronics.

“The race was very slow. Martin was ahead, and maybe he wanted to try to manage the tires in the best way possible. Trying to manage the race is fine because, having never used these tires on this track, no one knew the duration,” he said. “I think the big problem with this GP was the fact that they were all very worried about the rear tire. Like Aleix said, there was too much traction, and we don’t have enough maps to decrease it and use the rear tire more, like Rins did. We were all very cautious with the electronics, because Michelin hadn’t yet brought the new tires to this circuit and, since they were worried, they suggested we play it safe, but the riders who risked a little more in the end were ahead.”

With two riders in the top six, Team Mooney VR46 confirms its excellence, and Marco Bezzecchi’s proved by winning the Rookie of the Year title.

“That’s not news. It was obvious,” Luca said, commenting on his teammate's performance.“Marco wasn’t more aggressive than I was. He was just able to overtake on the straight. His speed is always very good. He’s light and short, but I expected this race from him, since he was one of the fastest starting from the FP1. I think he could have done even better, but I think he didn’t want to pass Pecco and take risks.”

If Bez has already reached the podium, the same can’t be said about the rider from the Marche region, who continues to gravitate around him, without ever being able to reach him. “I've had a podium pace since the Sachsenring, but I get 6th, 5th, 7th, 4th every time. It’s not frustrating, because I think being so consistent is satisfying, and it’s great for me to prove that we’re there, in this second part of the season. Simply, on days like today, I know I could have done more, but I believe we’re not perfect when it comes to electronics,” Marini concluded.

Tardozzi: “Pecco and Enea? Everyone wants to have two strikers”