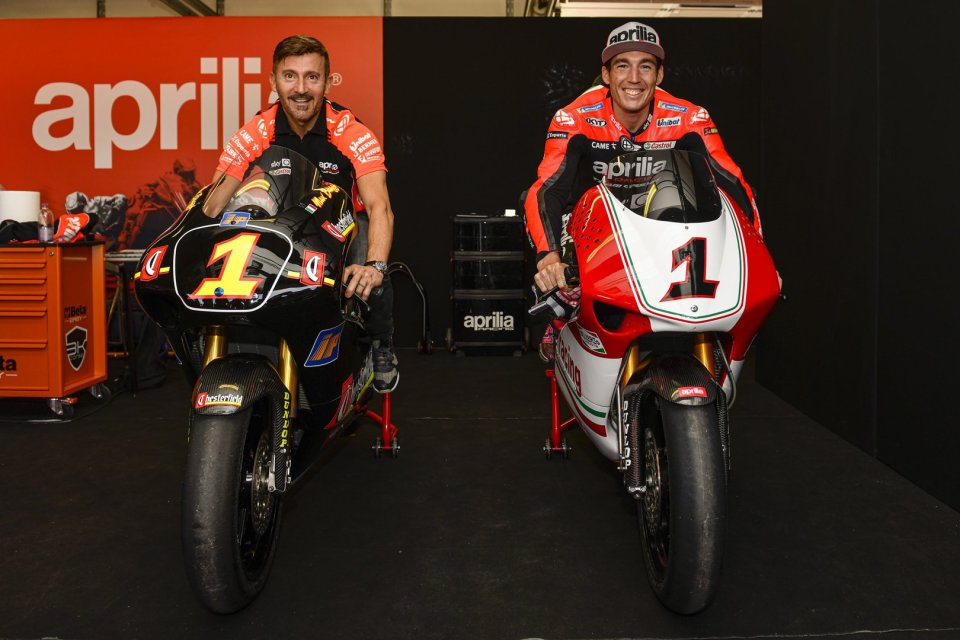 Max Biaggi experienced his 51st birthday, as many times in his life, in the Netherlands, at Assen. On this occasion, however, he was able to experience special joy.

In fact, from the day before, Ayumu Sasaki gave him pole position in Moto3, then he scored his first victory and, after that there was the magnificent race by Aleix Espargarò, a fourth place with Aprilia after a collision with Fabio Quartararo, completed by third place for Vinales.

"On this occasion, luck repaid him for a little of what he lost in Barcelona, ​​when he stopped one lap early - commented Biaggi, who is ambassador for the Noale manufacturer, after winning five of his six titles with them - Now, with Fabio's accident, everything is more the same, there are fewer points separating them, it is closer. However, we are only halfway through the World Championship, there is still a long way to go. He was lucky that the bike wasn't damaged, but then he kept a great pace, without the accident he probably would have fought for the win. "

Up to now Aleix has never really expressed his potential: he's been in MotoGP since 2009, but until now had never won anything. His first success came this year in Argentina and to date he has obtained four consecutive third places in Portugal, Spain, France and Italy ... and just think that until last year he had only notched up a second place (in 2014) and a third place (in 2021).

"Aleix and Aprilia's morale has never been so high. And before now they had never found themselves in a position to fight for the title. Aleix is ​​experiencing the most important moment of his life in MotoGP. He has a dream in his head that is becoming more and more possible. At this point everyone has to work to make as few mistakes as possible ”.

Something that the Spaniard is already doing on his part since he is the only MotoGP rider to score a full house of points.