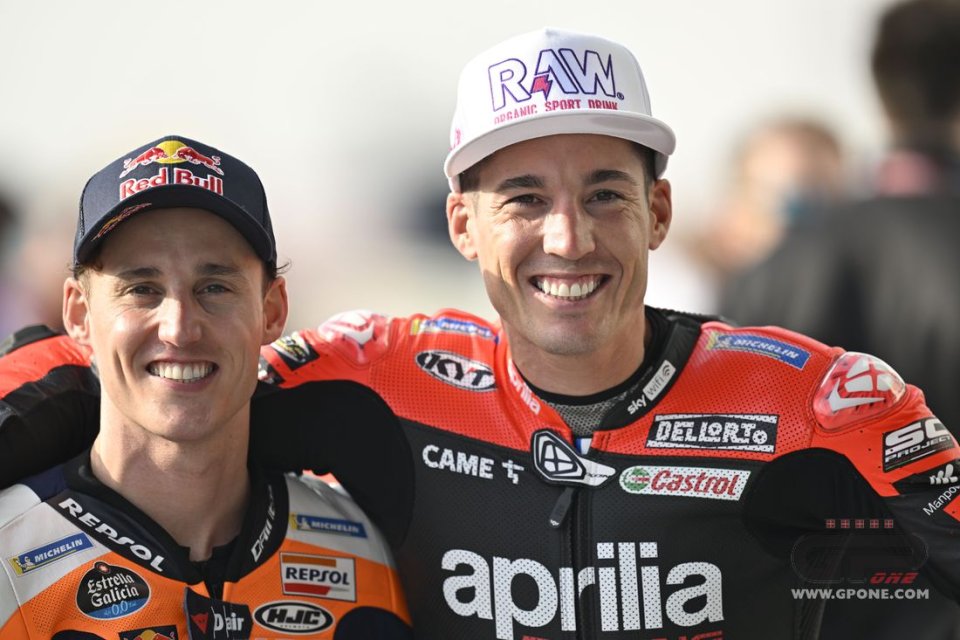 Aleix Espargarò’s case in the World Championship is quite unique. In 2005, he made his debut in the 125 (with his first wild card in 2004) but had to wait 17 years to win his first race. He did it in Argentina a few months ago. Now, he’ a contender for the title with his Aprilia, 22 points behind Quartararo.

A great story, during which the Spanish rider has faced many obstacles, with even the risk of him stopping. He told his story during an interview with DAZN Spain, pointing out how his brother, Pol, was instrumental for him.

Aleix raced in the 250, but he was left without a bike.

"My brother gave me a hand,” he recalled. “He told me: ‘I’ll give you a salary, you’ll come with me on the track, you’ll help me with what I need’.”

Their relationship made Aleix understand that he shouldn’t give up. "When Pol won the Moto2 championship, I said: 'Pol won it, but I feel part of that victory, because I suffered with him'. I remember seeing him cry when he lost the races against Redding, and I hugged him and said, ‘Come on, we're going to win this championship.’ He made me want to change my mind about staying home, of not having anything."

After so much effort, the time has come for him to reap his rewards.

"My sports career has been unstructured. Actually, very,” he said. “It was probably mostly my fault but, on the other hand, maybe it wasn't that much my fault. I only found stability when I was twenty six, twenty seven years old. I think I've done a good job. The last four to five years, but not before. There have been many obstacles on my path."