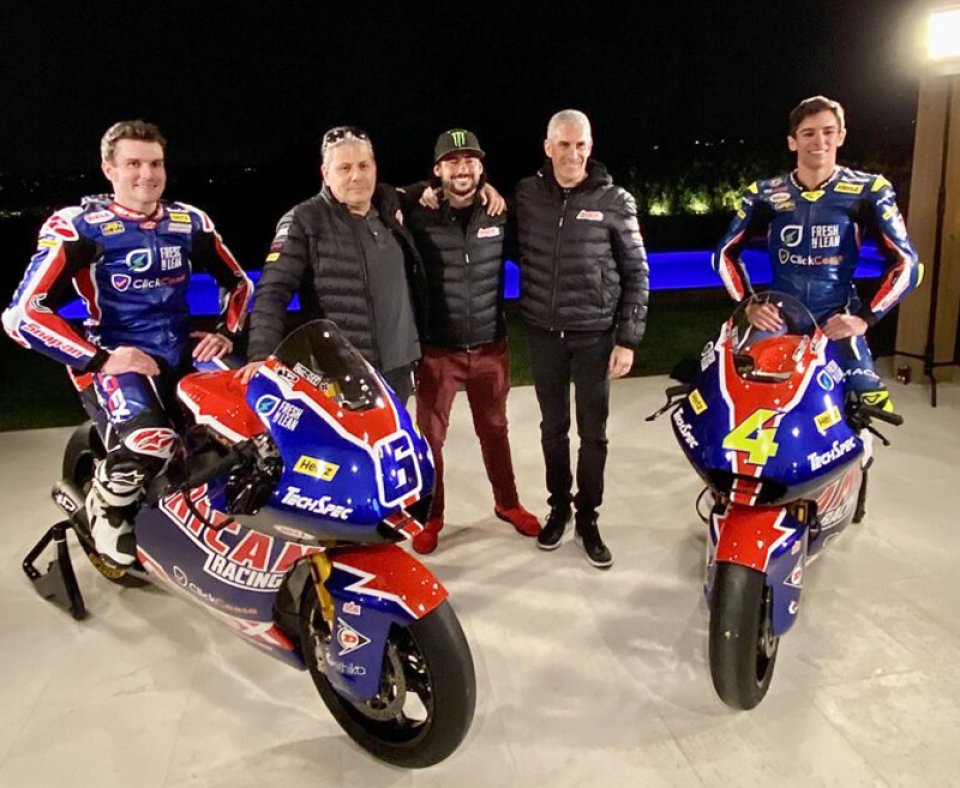 In the splendid setting of the Hoback Estate in Los Angeles, the Kalexs of the American Racing team were unveiled. This year, they’ll be brought to the track by 5-time champion Cameron Beaubier, who made his debut last season in the Moto2, and by 2021 MotoAmerica Supersport champion Sean Dylan Kelly.

So the US team continues its plan to bring the most promising stars-and-stripes talents to Europe.

For Beaubier, 2021 was an apprenticeship season and, in 2022, he’ll have to prove  that he’ll be able to put to good use what he’s learned.

“I’m not saying that this year isn’t going to be tough by any means, but last year was really, really tough,” Cameron admitted. “We had some really good moments, a lot of crashes, a couple of top-fives, and a handful of top-tens. It’s definitely something to build on, and I’m definitely looking forward to it. I’m really pumped to have Sean (Dylan Kelly) on the team and have two Americans. It’s weird because growing up in racing, I was always the young gun that always had older teammates, and now it’s reversed on me. I’ve been teammates with Josh Hayes and looking up to him and seeing how he did stuff. I learned a lot, and now the roles are reversed. I’m really looking forward to this year, and I hope to make you guys proud."

"I don’t have a Moto2 season to talk about yet but maybe in a year from now I will have one to talk about and hopefully it’s a really good one,” Sean said. “Right now, it still feels unreal for me  to look at this beautiful bike with my number on it, which is going to be the 4four, and I’ve always raced with a forty. It’s a dream come true for me. This is something that felt really far away only a year ago. It felt like something that was hard to reach. We know how life is and how careers can be with lots of ups and downs. This year has been incredible, and I was able to achieve one of my biggest goals and dreams of being national champion and, not too long after, to sign a contract for the world championship. Honestly, it’s a dream come true for me and my family and something I dreamed of since I was a little kid and started racing at five years old. A huge thank you to Eitan (Butul, team principal), Avner (Kass, Butbul’s partner), and John (Hopkins, team director). I’m really excited to get going."