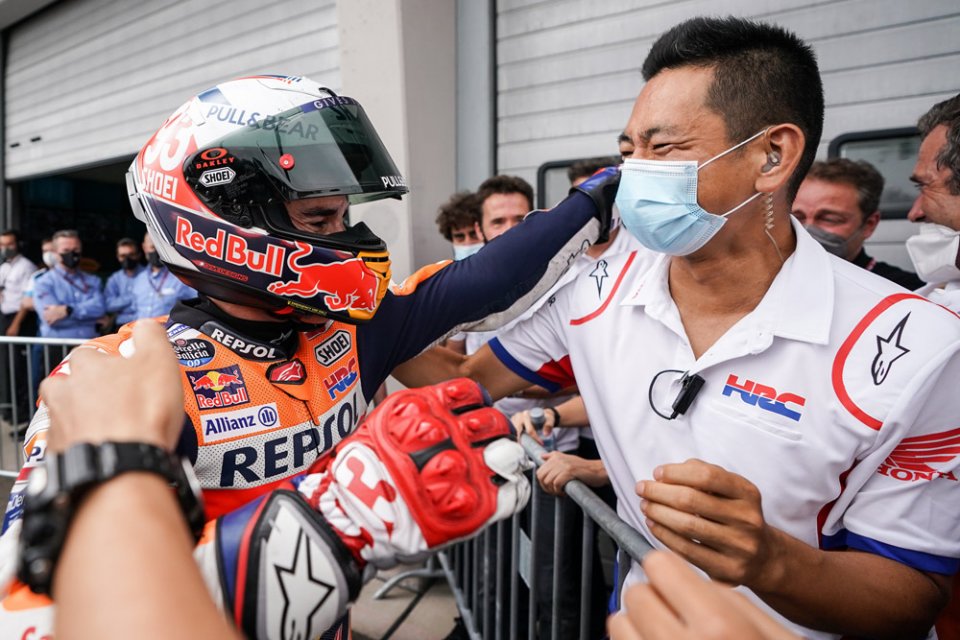 Marc Marquez is Honda’s leader in the MotoGP, but that’s nothing new. What he’s done on the track since his first year in the premier class has been extraordinary and, without him in 2020, the Japanese giant stacked up little or nothing. Not only did he start winning again at the Sachsenring, but he also brought the RC213V – mired in a crisis – to victory.

The Spanish champion is not just a rider, but he has carved out a leading role for himself on the team. Dorna released a video that shows an interesting behind-the-scenes look at the German GP when, after he was done with the race and the media, he returned to the garage to celebrate with his men. That’s when Marc gave a short but intense motivational speech, like a real boss, in which he encouraged everyone to keep working, ensuring that he’ll do the same.

“Thank you all. I know you’ve all been having a hard time but, if we keep working, all we have to do is believe,” he stated. “Before Portimao, I wrote to Kuwata that we would be back at the top. This is the first step, and I don’t want to stop there. I know we’re in a difficult situation, but along with Honda, with HRC, and this whole group of people, we’ll return to the top, which means fighting for the championship.”

Marquez is ready for the challenge and knows that his team is with him. He just has to fix his body and bike, so he can go back to doing what he does best: winning.