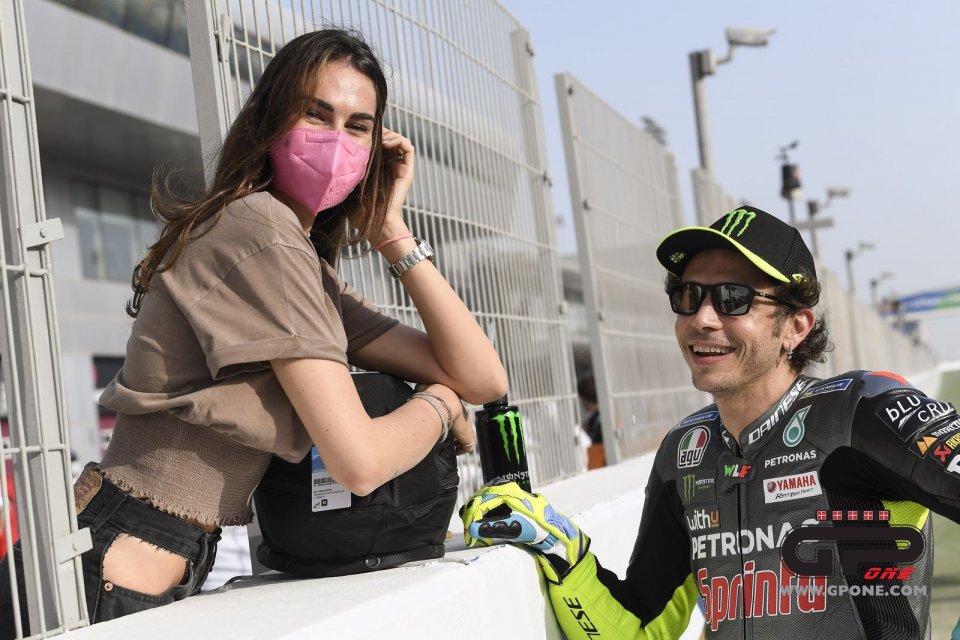 Twelfth in Race 1 in Qatar, out of the points in the race the following week. It cannot be said that Valentino Rossi shone on his debut as a 'privateer' in the Petronas satellite team, but how many times has the Pesaro-born racer been given up for dead, only to return to contention for the top positions, to make the same mistake of judging him by saying he’s finished.

Rather, one wonders if there is any connection between his poor performances and those of his teammate, Franco Morbidelli, who also had a couple of negative weekends.

"We were both subdued, it's true, but I don't know what happened to Franco – was Valentino's feedback on the subject - we went worse than we expected, but the two factory Yamahas had good races. Is the Petronas team behind? It is difficult to say what happened: each team works in its own way and chooses its own direction. What I know is that my bike is very similar to the official one and it is a 2021 bike, while Morbidelli's is more similar to 2019. Why the official riders, Vinales and Quartararo, did so well and we struggled I can't explain. We just have to work with what we have. "

Expectations, however, were very different at the start...

“I expected to be stronger, for sure. But I don't know what Quartararo and Vinales have. We have to work on the set-up and how to ride the bike. Each track is different and Portimao is very different from Qatar. We have to start well, because this is a fantastic track, but very difficult to find the rhythm. It has a lot of ups and downs, with many elevation changes, but very interesting. We weren't as fast as we expected in Qatar, so we have to work to be faster and stronger. "

How much can the 'modern' riding style affect performance today?

“I don't think it's a fundamental element. What we have seen in the data is that each rider has his own style, all similar but all different. We tried to work on the bike, but also on the riding style and all the engineers try to give us important advice to improve the way to brake, turn and everything”.

Who do you see as favourite and what do you think of Marquez's return?

"Looking at 2020 Oliveira was the man to beat, he took pole and the race was a domination, also with the fastest lap. So I think he is the number one favourite, but also Franco and Jack Miller were strong in the last race of last year. There is a lot of expectation about Marquez because everybody wants to understand his level, his feeling with his body. But I think he's in great shape and I think he will be strong from tomorrow morning.”

It is a bit off topic, but Francesca, your girlfriend, gave an interview to Vanity Fair in which she stated that there is a lot of machismo in the paddock.

"I like the interview because she spoke very directly and tried to explain what’s happened, in this case in the paddock, but I think in a lot of different places. So it's good what she said, it's normal that when you say something like this, especially in this moment, everybody tries to push more to what she said. She said just that when you make that work - in this case the umbrella girl in the paddock, but also a lot of work that beautiful girls make, like at the motorshow or fashion shows - you need to be smart and strong because have a lot of boys around. You have to be strong enough to manage the situation. But I'm very happy she was an umbrella girl because if not I wouldn't have met her! So I was very lucky."