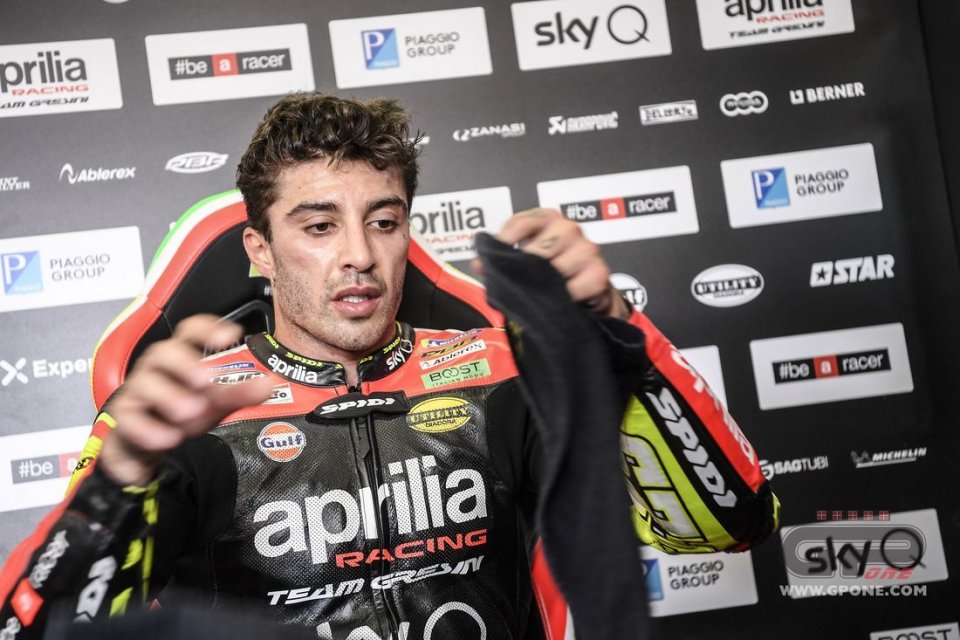 A sword hangs over Iannone's head and, consequently, Aprilia's. WADA (World Anti-Doping Agency) announced in December that it had found Andrea positive for drostanolone - an exogenous androgenic anabolic steroid - after having analyzed a urine sample taken during the Malaysian Grand Prix.

The rider had requested a counter-analysis on a second sample, and the results were confirmed: the banned substance is above the allowed limits, even if only slightly. This means that the judicial body must now decide what penalty to inflict on Iannone, who has been suspended from any sports activity by the FIM starting from December 17th.

Fausto Gresini, Aprilia's team manager, explained to us a few days ago that "it could be a problem because, theoretically, they have time until March to decide."

But it seems as if we won't have to wait that long. According to what GPOne.com has learned, we might already know what Andrea's future will be by next week. It even seems that a press release may be issued as early as Monday.

It would be very important for Aprilia, which will have to do without Iannone at just over ten days from the start of the tests in Sepang (where the new RS-GP will debut), not even knowing how serious the sentence against the rider could be.

Right now, anything is plausible. Logically, Andrea's good faith, and the fact of having involuntarily taken the banned substance, can make the difference. The judicial body could "pardon" the rider, but it could also use an iron fist and, in these cases, we're talking about a suspension of up to 4 years. Between the two extremes, there is a whole gray area of more or less heavy measures.

Iannone and his lawyers are already preparing their defense, since the rider can appeal after the decision: first, to the International Disciplinary Court then, if this first move is not successful, the Sports Arbitration Court.

It goes without saying that this means staying out of the race for a long time. Aprilia ran for cover, alerting their test rider, Bradley Smith who, in the worst case, could replace Andrea in the race. Of course, testers are also being sought to carry out the development work on the new bike, considering the few days of testing before the championship (in addition to Sepang, there will be tests in Qatar from February 22nd to 24th).