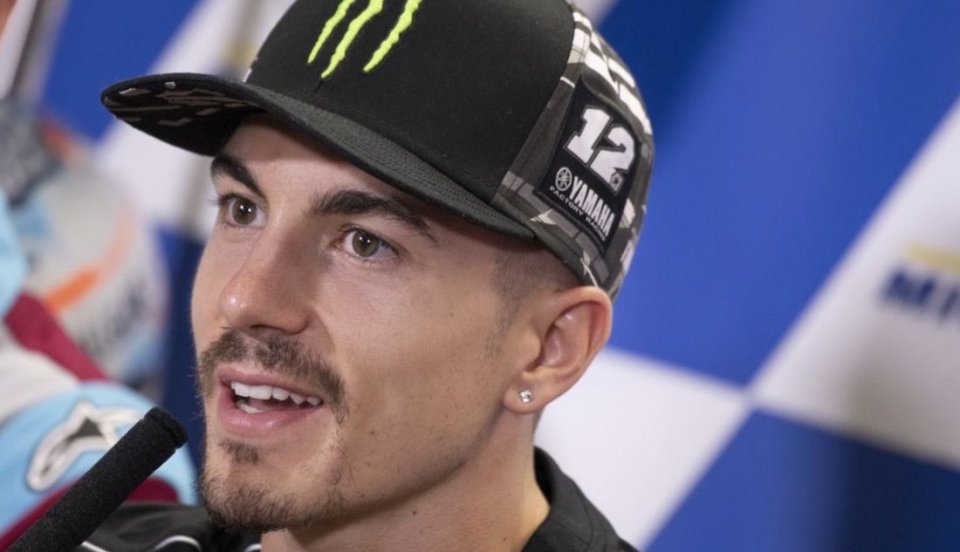 After finishing fourth at Aragon, Maverick Vinales comes to Thailand with a desire to do well. And not because missing the podium in Spain is an objective failure, but because Vinales' main goal for the final part of the season is the podium. Something he confirms again today.

"Aragon was a good race all things considered, but I'll try to do better here at Buriram - comments the Spaniard - I have a good opportunity to score important points and improve my position in the standings. My aim is to reach the podium, I have to focus on that".

The championship is coming to an end though and so it's also time to draw some conclusions and look ahead to the future.

"it's been a season of highs and lows but one in which we've solved many problems. We're growing while in 2018 we only worsened. Next year could be interesting all because I'll have more time during this final part of the season to focus on the testing of new parts for next year".

Among the new Yamaha components are the carbon swingarm and the new exhaust. Will there be time to see them on track this weekend?

"Yes, I'll test them agian here, though I don't want to overuse them for now".

The aim is the podium but what are the real expectations for this Thai weekend?

"This is a good track for the Yamaha, last year we had a good weekend and I know I can do well. I'll try to start strong in FP1 and get the best out of the bike. The most important topic will be the tyres, I'll need to see what to use seeing as the race will be very hot. If we find the right tyre and understand how best to work then we can set some good times and be consistent too".

Back to the future, Valentino Rossi has announced he will change crew chief next year, replacing Galbusera (who will head up the test team) with Munoz. You've already worked with him, can he help Valentino?

"David is a great person - comments Vinales - he's very well prepared and I know he will be able to help him".

Galbusera could have Johann Zarco on the test team, the rider still hovering between Honda and Yamaha as test rider. Could he mark a turning point?

"I don't honestly know and I'm not the person to ask. I can only say that Johann is a great rider and having him as a test rider could really help because testing components with his lap times is very different to something who's a second slower. He could really bring the bike to the limit as we do".