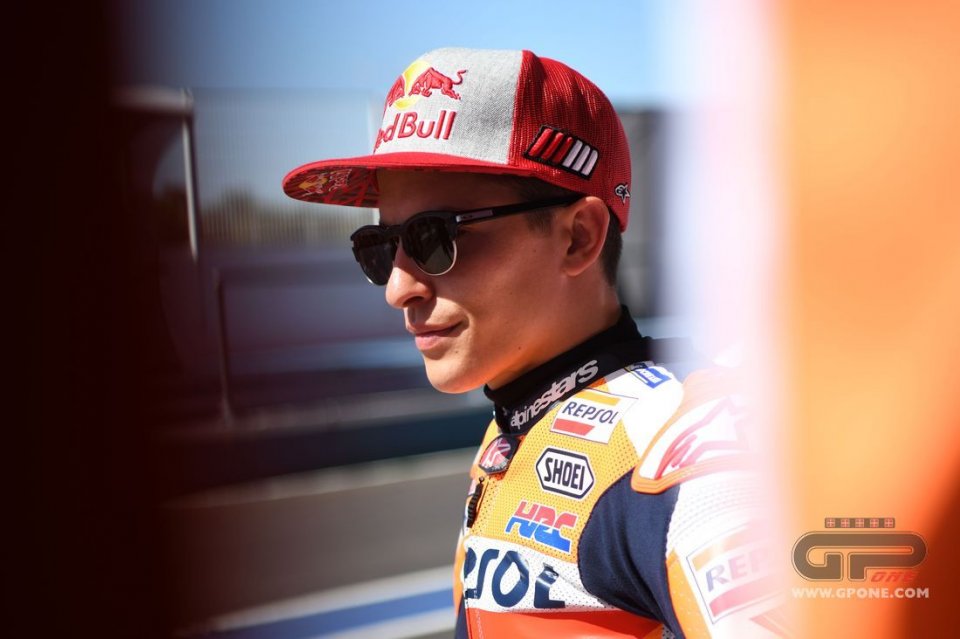 Today, at Austin, Marquez and Valentino didn't come into contact. They did not attend the traditional press conference, due to their results, though they will perhaps come face to face tomorrow in the Safety Commission. Marc opened the weekend's proceedings, with a conference of his own in which he tried to smooth things over.

“I don't bear a grudge towards Valentino, I'm ready to talk to him tomorrow. Perhaps we'll see each other at the Safety Commission, but there'll be a lot to talk about” he says, throwing water on the fire.

Over the last 10 days, many have said their piece about recent events: Schwantz maintains that Marquez should be "carefully monitored", Rossi says he's scared to race with him.

“Many people have voiced different opinions and all are to be respected, I prefer to focus on the races. What Rossi said is also to be respected, but I honestly have never been scared of anything when riding. I can confirm what I said after the race: I made a mistake, I was penalised and I went to apologise”.

The Spaniard hasn't changed his mind: he accepts part of the responsibility for what happened at Termas de Rio Hondo, but doesn't want to hold himself up for ridicule.

“Yes I rewatched the race, I like to analyse everything. It was a new situation for me, I did some things well and others badly. At the end of the day we're riders and people, we're riding at the limit and can make mistakes. The Argentina weekend was difficult and complicated, particularly the race, and many things happened. I'm a rider and a person who wants to learn from every situation, also from my mistakes. I think that many can learn from that weekend and improve for the future”.

It all began with problems with his Honda on the grid, and the team now knows that this was not down to rider error.

“Honda has carefully analysed the problem. Something wasn't working with the gearing, an electronic problem that the engineers are trying to solve. In Argentina, Crutchlow had the same problem in practice but he thought it was just a mistake. It's a pity that it happened to me on the grid, but this too is an important experience for the future”.

Rather than the bike turning off, Marquez was criticised for not having exited the garage and for having ignored the stewards' indications.

“I knew that I'd have to raise my hand and I did so, perhaps for just two seconds but when you find yourself in this situation it feels like you have it raised for twice the time - he admits- I didn't see anyone coming and so I was taking my bike towards the pitlane. Luckily, or unluckily, I tried to get the bike going and was able to do so, that doesn't normally happen with a MotoGP bike. The confusion started from there, there was a misunderstanding with Race Direction and we've all learned something from what happened”.

Marquez seems to want to put it behind him and look ahead.

“I've been in Brazil for two days, then in Minneapolis to watch the Supercross race, one of my big passions, and now I'm in Austin. This is a race where I usually enjoy myself and I can't wait to ride. Right now, I want to focus on myself, nothing else is important. I've learned in the past that it's better to walk away in certain situations."