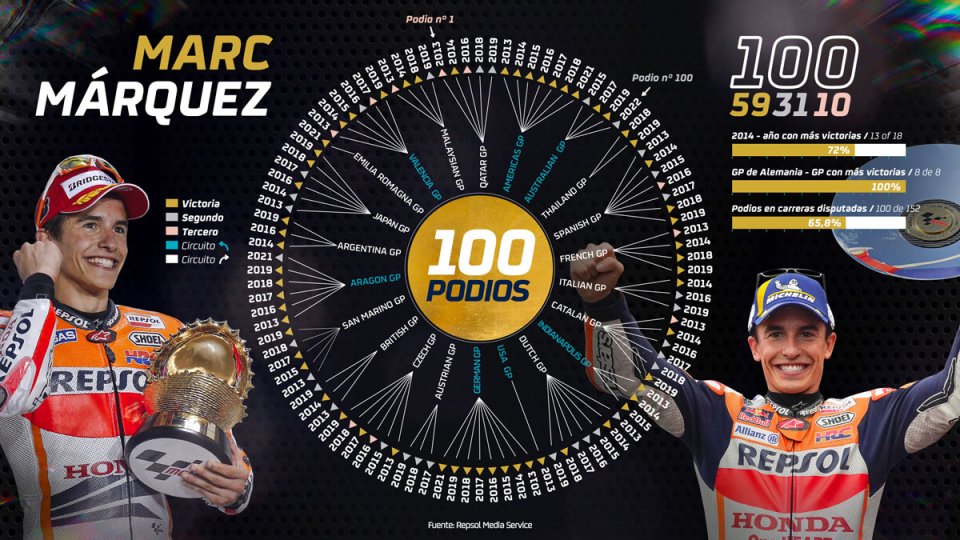 Marc Márquez continues to achieve records, and at Phillip Island, he became one of the few riders to reach the milestone of 100 podium finishes.

Since he arrived in MotoGP nine seasons ago, the Repsol Honda Team rider has achieved 59 victories, 31 second places and 10 third places. 2014, his second year in MotoGP, was the campaign in which he took the most wins – 13 out of a possible 18 – and Sachsenring, in Germany, is the track where the eight-time World Champion has won the most times, with a perfect record of 8 from 8 in the premier class.

His podium percentage is 70% of the races he has contested, with 100 from 143. He moves level with the legendary Ángel Nieto and trails only Valentino Rossi (199), Jorge Lorenzo (114) and Dani Pedrosa (112) for rostrums.