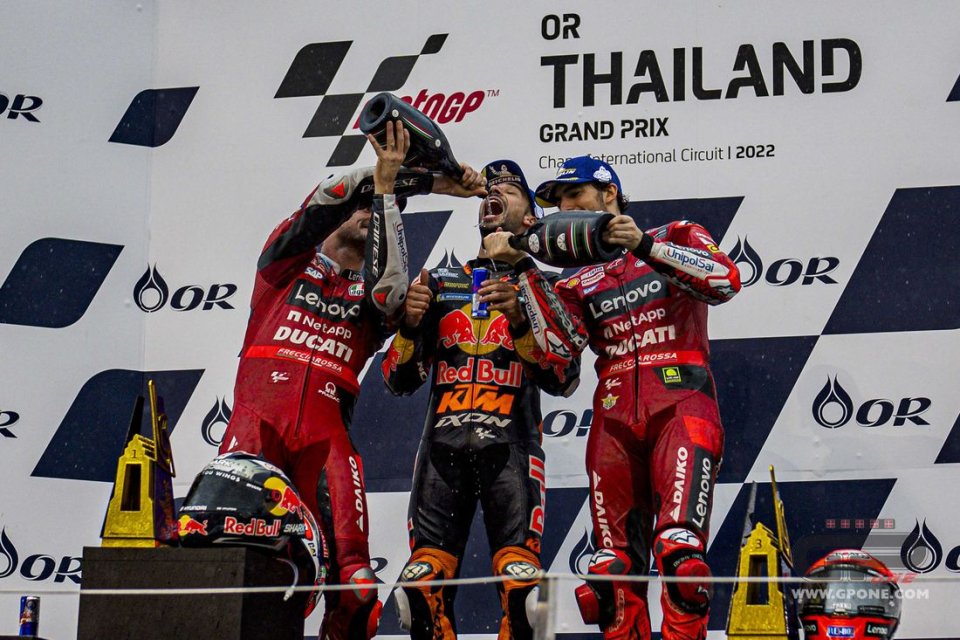 It rains, not on the brackish and burnt tamarisk trees (of which we have no news in Thailand), but on the world title dreams of Bagnaia that thus increase and also on those of Quartararo, who instead prefers the sun. A tropical storm hits the standings, which Oliveira does not care about, as he just needs a bit of rain to be happy. Even for Miller it is the same, first coach and then rider, and he didn’t disappoint in both cases.

Dennis Foggia shows that you can win even when it doesn't rain, Tony Arbolino the opposite.

THE GOOD - He acts as a motivator for Bagnaia before the race, then he fights for the victory and celebrates by rolling in the mud. If Jack Miller wasn't there, he would have to be invented. All that remains is to congratulate him for the wedding, hoping that it does not put his head right. He is perfect the way he is. 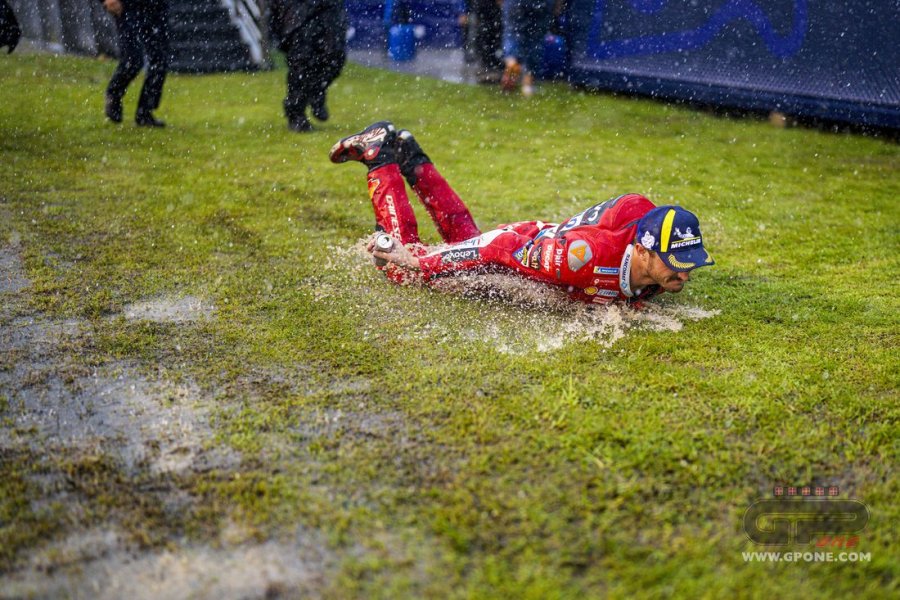 THE BAD - The guys in Moto3 play with trains on the track, their team manager as the station master in the garage. Let's hope they enjoy it, because the show on TV is depressing. Perhaps the Stewards were engaged in Pad Thai tasting, or perhaps they need new glasses, because they are the only ones who did not see what happened in qualifying.

THE UGLY – Changes in the weather can play some bad jokes. Mr. Fabio becomes Doctor Quartararo, a counterpart without the same speed as the other one and in a dark mood. There is so much to say about his race, he preferred silence. We prefer him smiling and fast, we are sure he agrees too.

THE DISAPPOINTMENT - Aleix Espargarò is always there, the third wheel in the battle between Pecco and Fabio. He hates having to hold the game, but the flame that had been put out a mistake by the team at Motegi was not rekindled in Thailand. Twenty points are not a lot, but they are if he continues to finish so far from the podium.

THE CONFIRMATION - In the rain, a Portuguese flower called Miguel Oliveira blooms. It’s a rare event, you have to hope for the right conditions, but it's worth the wait. For him and KTM it is the second victory of the year, who knows why they have shown him the door.

THE MISTAKE - Pole position, his beloved rain, a friendly crowd: what could possibly go wrong on Somkiat Chantra’s Sunday? Everything. The diving competition did not give any points, only a lot of disappointment.

THE SURPRISE - Seeing the World Championship wide-open again with 3 races to go. It’s easy now to say that it was predictable, but recovering 89 points in 7 races is not a comeback, it is a systematic demolition of the opponent. Pecco Bagnaia is riding a red bulldozer and business is booming. There can be no doubt about his merits. 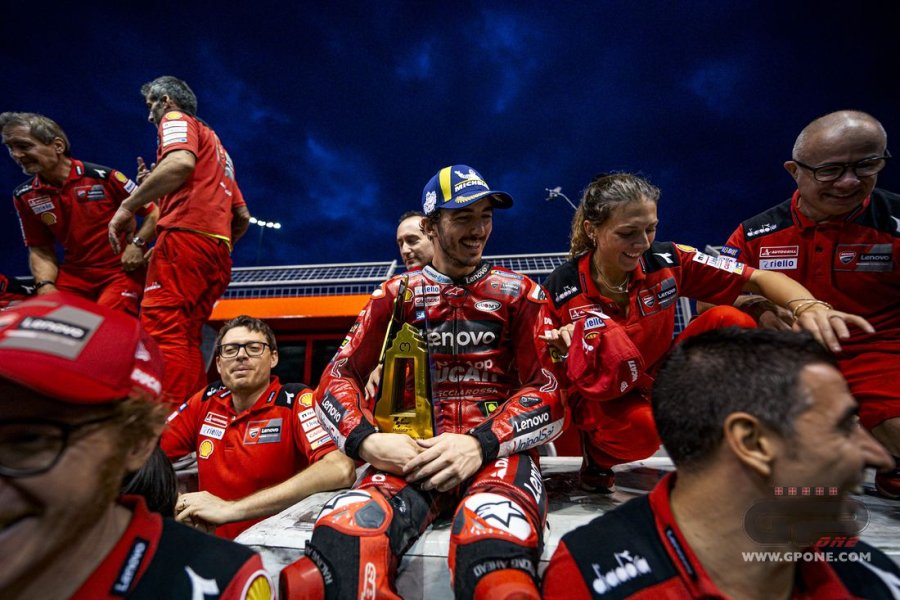 THE PASS - Fortune favours the bold, and Tony Arbolino, who thanks to a pass 100 meters from the finish wins in Buriram. They call him the shark, of course he is entirely at ease in the water.

THE CURIOSITY - Seven of the 8 riders on a Ducati have started at least once in pole position this year. The front row has been all-red on 6 occasions.

I TOLD YOU SO - "I must go on the attack" promised Aleix Espargarò. Brad Binder realized that Spanish rider kept to his word.