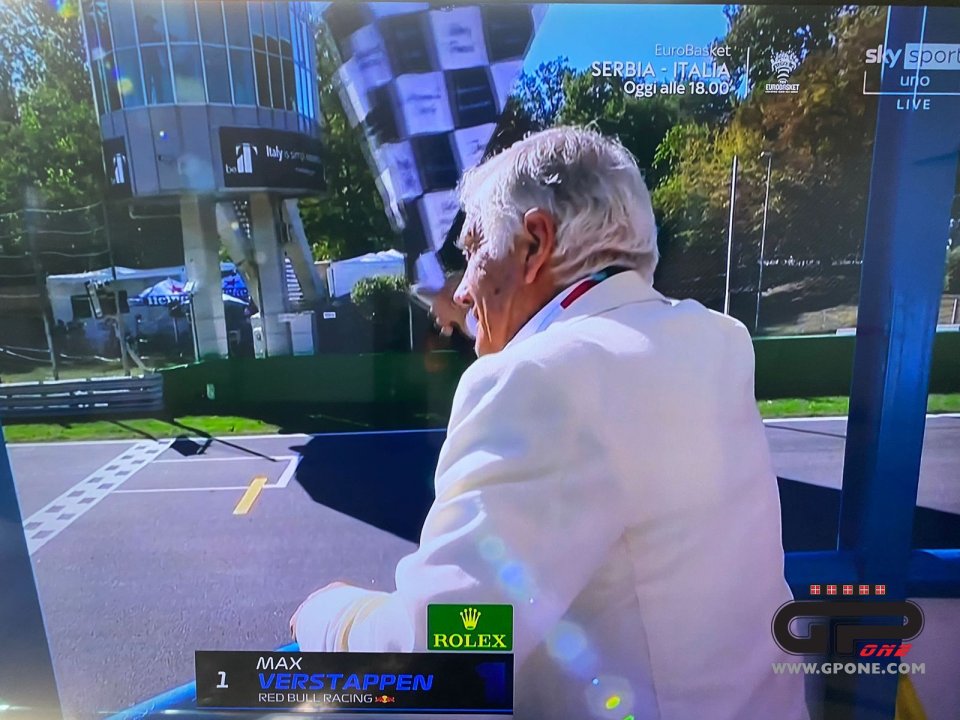 It was the unmatched Giacomo Agostini, 15 world titles, who gave the checkered flag at the Monza GP, won by Verstappen ahead of Leclerc. It was his fifth win in a row, his 11th of the season.

The single-seaters arrived in a little train behind the safety car for a poorly handled finale with the entry of the service car to remove Ricciardo's McLaren, moved too slowly. An opportunity for a final duel between Max and Charles was missed...although the lead taken by Verstappen before the entry of the safety, 16"6 certifies the Red Bull driver's success.

Savadori-Leclerc: training and fun in the Dolomites

Clash between titans: the actual MotoGP serial winner is …