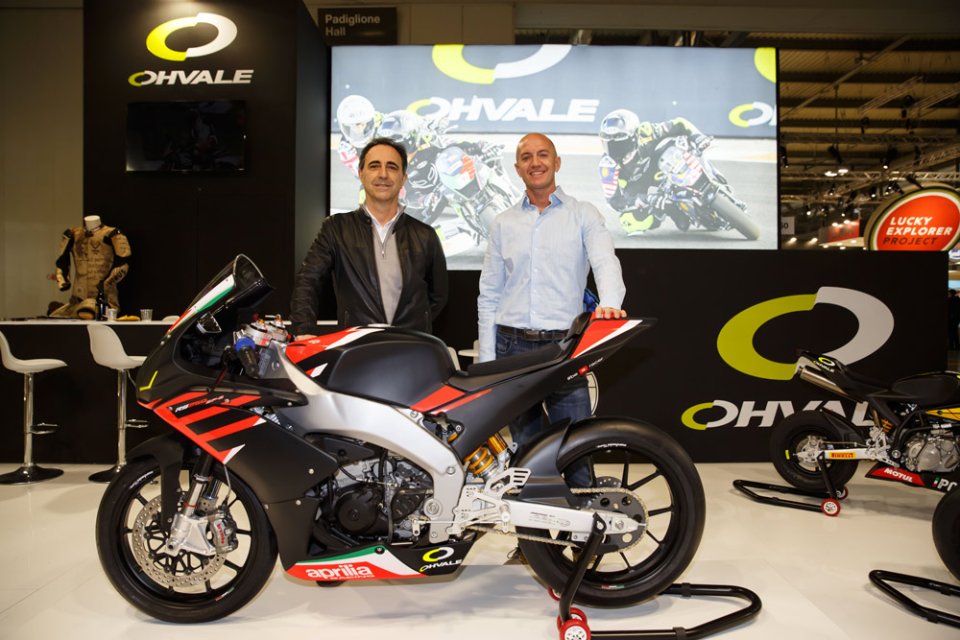 Dorna Sports is delighted to announce a new path on the Road to MotoGP: the North America Talent Cup. Following the blueprint of other Talent Cup programmes, the series will be a one-make competition, with race weekends set to take place across the USA. The promoter and organiser will be a collaborative effort between MotoAmerica and Rise Moto. Rise Moto is an integral partner to MotoAmerica in the FIM MiniGP North America Series.

The new North America Talent Cup will partner with MotoAmerica and aims to provide riders across the continent with a vital link on the Road to MotoGP, creating the stepping-stone between the FIM MiniGP North America Series and the Red Bull MotoGP Rookies Cup or FIM Moto3 Junior World Championship. The sanctioning body will be the American Motorcyclist Association and FIM North America.

Riders will race on equal Aprilia RS250SP2 machinery and be between 13 and 16 years of age for the first season, with the minimum age raising to 14 from 2023 – as it will globally for similar competitions.

Wayne Rainey, MotoAmerica President: "The new North America Talent Cup will most definitely help us with our goal of developing more young riders who aspire to compete and represent the U.S. internationally, and we’re happy to be working with Dorna, Aprilia and Rise Moto to help make this happen. This program ensures that we will continue to build a system where young racers can advance their talents in a program designed to give them the tools they need to succeed. We look forward to the first race at Circuit of The Americas in April and to having the North America Talent Cup join us in our season finale at Barber Motorsports Park in September."

Massimo Rivola, CEO of Aprilia Racing: "The North America Talent Cup, as a forge of future talent, fully reflects Aprilia’s racing philosophy of training technicians and riders who have gone on to make sports motorcycling history. Promising young American talent can count on a product we are proud of, the RS 250 SP2, already extremely popular as an intermediate step between MiniGP bikes and 'high wheel' bikes, thanks to its combination of performance and easy operation. I’m certain that we’ll see fun and educational races truly capable of launching new talent."

Carmelo Ezpeleta, CEO of Dorna Sports: "We are delighted to announce this new project with Rise Moto and MotoAmerica, creating a vital new path on the Road to MotoGP. With the incredible success of the first FIM MiniGP World Series, we are more committed than ever to creating the best possible pathway for young riders from all over the world to further their careers, and the new North America Talent Cup, along with the MotoAmerica Championship, will complete the Road to MotoGP for riders across that continent.The support of Aprilia sees a new manufacturer become a key player on the Road to MotoGP, and all our partners will ensure the series is competitive and affordable – removing as many barriers as we can for those who wish to begin a career in racing and ensuring young talent has the best possible stage on which it can shine."

THE EQUIPMENT & PARTNERS - Riders will race on equal Aprilia RS250SP2 machinery, with an affordable, complete race package to be priced especially for competitors.

The sole, official tyre supplier will be Dunlop. Seven sets of tyres will be provided per rider, per season.

KYT will be the helmet provider, providing two helmets per rider per season along with trackside support.

THE CALENDAR - The North America Talent Cup will be run across the USA as an Amateur National Series. The series will be limited to 20 riders for the first year with aims to expand the amount of riders permitted to 26 by 2023.

The season opener is planned to take place alongside MotoGP at the Circuit of the Americas.  The remaining rounds will be held in partnership with AMA sanctioned racing organization WERA, and the final round will be with MotoAmerica at their season finale at Barber Motorsports Park.

OPPORTUNITIES ON THE ROAD TO MOTOGP - Riders accepted into the North American Talent Cup will benefit from trackside coaching at each round from professional riders, as well as training in communication, fitness and nutrition.

The Champion of FIM MiniGP North America Series will automatically gain a place on the North America Talent Cup grid the following season.

The top two in each season of the North America Talent Cup will be invited to take part in the selection event for the following season of the Red Bull MotoGP Rookies Cup.

Find out more about the new series, and how to apply, at www.northamericatalentcup.com.