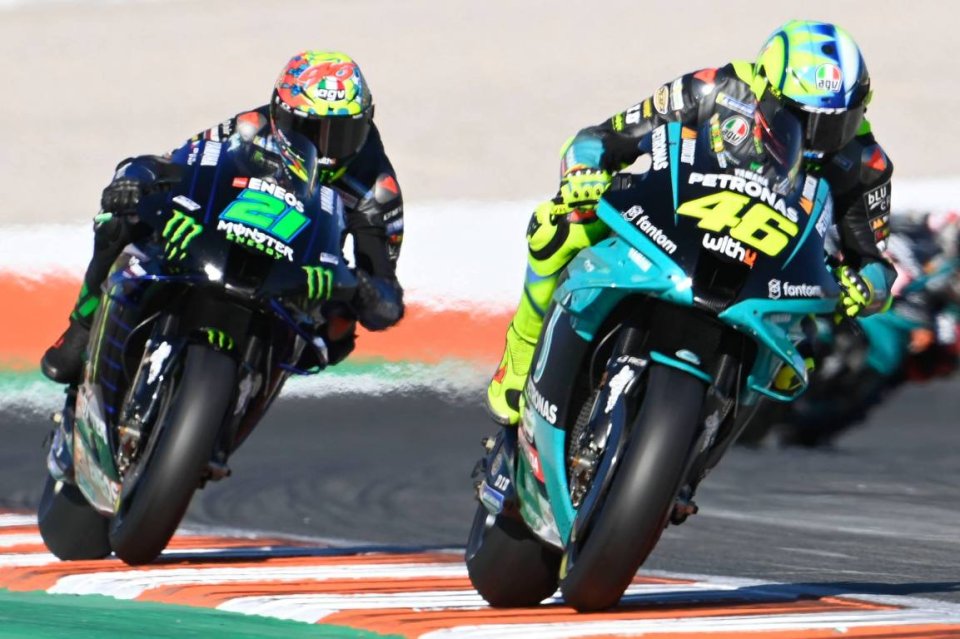 He followed him closely throughout the race, finishing behind him. We’re talking about Franco Morbidelli, who ended up with an 11th place in Valencia behind Franco Morbidelli. The Yamaha rider ended a 2021 season out of the top ten, with a bitter aftertaste.

First he had to deal with an M1 far from the potential expressed by the official bike, then with his knee injury that kept him away from the track.

“It was an up and down season for me,”  Franco admitted. “In the last few races, however, I regained my smile and the hope of getting back to being the best for 2022. We’ll soon be going to Jerez for testing, where the goal will be to continue development and be prepared for next year.”

Then he talked about the race.

“I was lucky to race alongside Vale. I tried not to get too close to him, to avoid any problems. But, at the same time, I must say that Vale was really fast. In fact, there was no way to try to overtake him. It was an incredible day, because I saw he was fast, really competitive. It was a great ending for me and for him.”

With Valentino’s retirement, Franco is now the oldest rider among the Academy’s youngest. One wonders if all this implies more responsibility or not?

“Vale will always be our mother hen! He’s the most experienced and the wisest among us all, also because I don’t have much to talk about with the other guys at the Academy.”