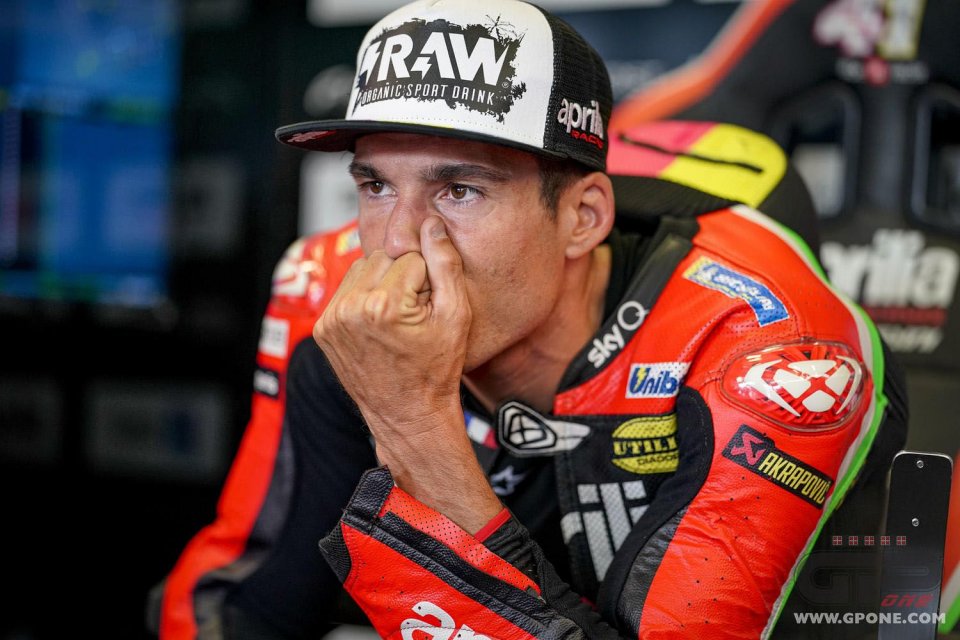 The facts of what happened in Austin in the Moto3 race continue to hold centre stage. With regard to the incident triggered by Denis Oncu, Kenan Sofuglu also intervened in the discussion by saying that it was unfair to penalize the young Turkish rider, since this is how they race in Moto3. He also added: "I teach them not to make contact, but if you don't overtake you don't win races. Hamilton and Verstappen are aggressive too."

These words however did not escape the attention of Aleix Espargarò, who retweeted one of our articles, saying: “Luckily this guy is ‘far’ from the MotoGP paddock”. The Aprilia rider then added during a conversation with a follower: “I am completely sure, zero doubts, that Oncu didn’t do it on purpose, but he is young so this is why he needs to learn. Dorna did the right thing with the penalty to teach him, but his manager has no brain so did the opposite thing".

Clear and transparent words therefore from the Spaniard, who did not appreciate one bit the recent utterances by the former SuperSport champion. Finally, regarding those who claim that the accident is due to the high number of riders in Moto3, Aleix said: “I’m not agree, Oncu changed the line in the middle of the straight, from right to left where the other rider was and couldn’t disappear”. 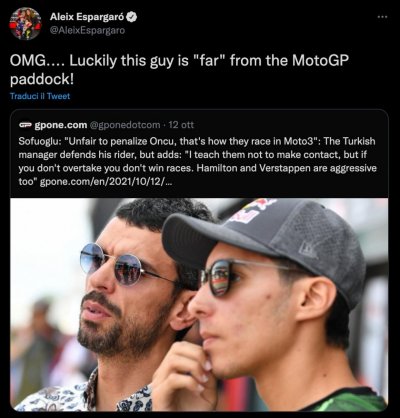