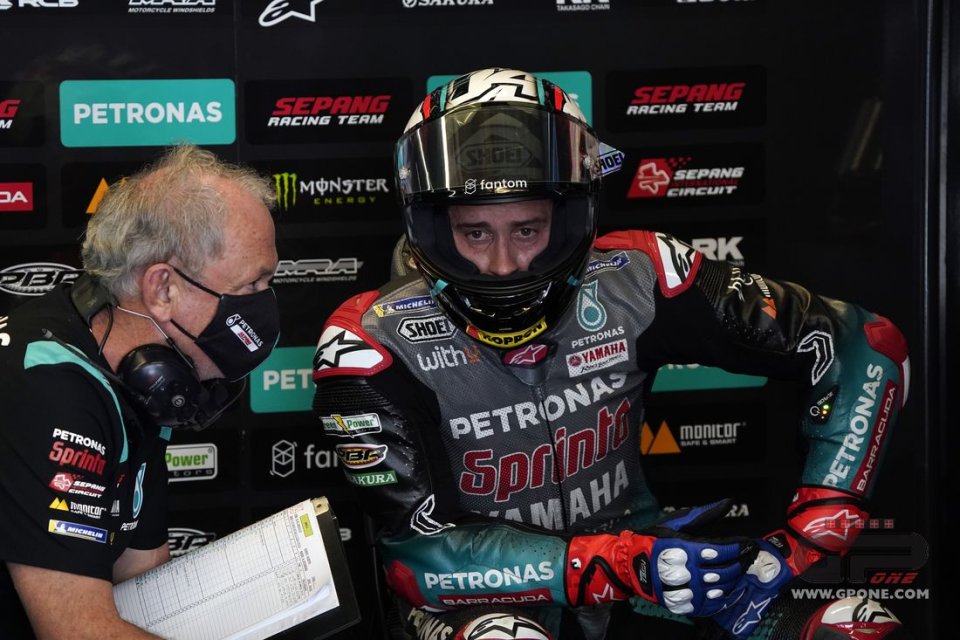 Andrea Dovizioso is one of the most experienced riders in the paddock, as well as one of the most analytical, but he just can't explain what is happening in Moto3. Even today, in Austin the situation seemed “completely out of control”, to use Valentino Rossi's words, and it is now clear to everyone that something needs to be done.

"I don't think the problem is a 5-lap race, but the fact that these guys have to understand how to race - Dovi began - You don't become world champions by doing aggressive manoeuvres, so you don't get anywhere and those who behave in this way have not understood anything about this sport. I'm not saying that you can't be aggressive, but there is a limit and it is not in any case by behaving like this that you win a title, let alone a battle ".

The accident caused today by Oncu is even more serious because motorcycling recently had to deal with the death of Dean Berta Vinales.

“Young guys must be calmer - continued Andrea - Going 100% without thinking at all about what could happen is not good, we need to find a way to sensitize them and change their mentality. Some things cannot happen voluntarily, the fights are great but you cannot face them thinking that you are willing to risk your life ”.

The Petronas rider does not want to enter into the merits of the decisions made by the Stewards and their penalties.

"But there is a need for awareness, knowing that it is not a single sanction that makes the difference - he stressed - The problem is that they are willing to risk too much to get there and this is a wrong attitude, they are not rational and mature. For me it is something inconceivable”.

There are those who say that young guys arrive in the World Championship with too little experience.

"I can't understand what's going through their head - explained Andrea - Where do they want to go using only aggression? You can take risks to go faster, it's a decision that concerns yourself, but doing it with other riders is inconceivable for me. They also have the same attitude in practice, they don't work to learn, but they try to cheat ”.

For Dovi it ​​is not too late to change things.

“It's not easy to change a person's mentality, but if you are severely penalized you think twice before you do it again – was his opinion - If you realize that yourself, then someone else will make you understand. It's like the question of the penalty for going onto the green on the last lap, there are those who complain but if there is a regulation you have to respect it ".

Andrea also talked about his race in Austin, where he earned his first points on the Yamaha.

"For sure I was faster than Misano, I fought with riders who in that last race I only saw with binoculars - he said - But Quartararo is doing something crazy, so it means that there is still a lot of margin for improvement, even though I ride a different bike than his and I don't know how different it is. I'm just disappointed that I could have fought to stay in the top 10, instead I finished 13th. My bike almost switched off at the start, I don't know if it was a problem, the revs dropped a lot, and my M1 has characteristics that make it difficult to overtake. Anyway, in general, it was a positive weekend ”.