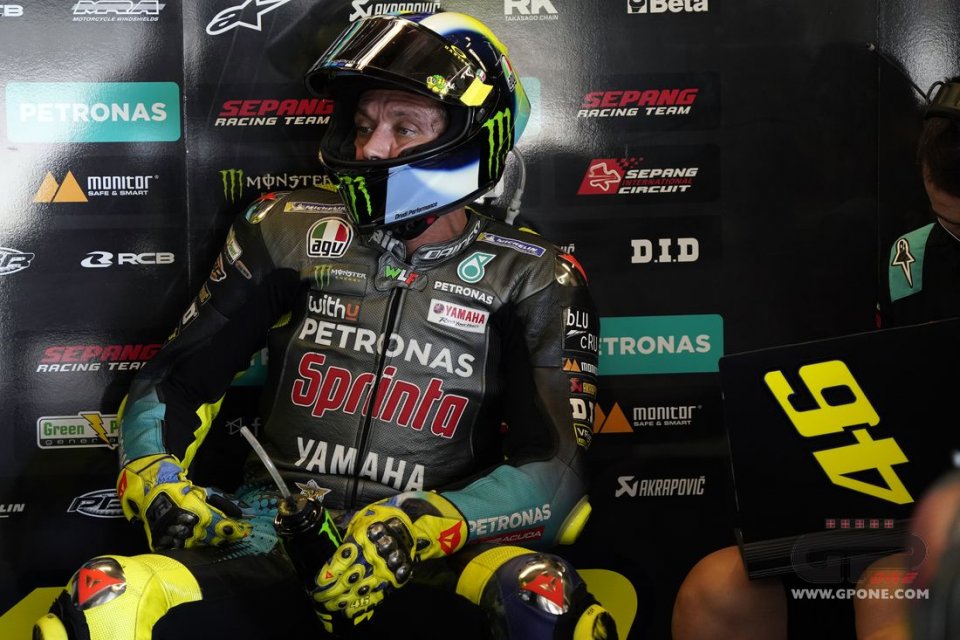 For Valentino Rossi, the Austin race will again be an uphill struggle, with a start from the lower end of the grid (penultimate) and very few hopes of being able to climb back to the top. Things could have been better today, but a crash in qualifying thwarted all his efforts.

"I felt better than yesterday, in FP3 I didn’t go badly and in FP4 I improved my pace - explained the Doctor - In qualifying, with the first tyre I didn't set a bad time, but in the second exit I found myself in the traffic, I tried to push and I lost the front. It's a shame because I'll have to start a long way back and my pace isn't fantastic ”.

It will also be a very tough race…

“From a physical point of view, for sure - he continued - The forecasts say that tomorrow could be the hottest day and this will also affect the choice of tyres. At the front I think most of the riders will use the hard, but at the rear the choice is wide open. Some bikes could fit the soft, but I don't think the Yamaha, our choice is between medium and hard ”.

While Valentino's day was not the best, he can console himself with the pole position of his pupil Bagnaia and the third row of his brother Marini.

“Pecco is impressive, he's on his third consecutive pole and he rode a breath-taking lap - he complimented him - He's in great form and it's a pleasure to see him ride, I haven't seen a rider riding a Ducati like that for a long time. Luca, on the other hand, took a big step forward in the Misano tests and 9th place reflects his potential more, because in training he is always very fast, both at the Ranch and on the Panigale. I hope he can have a good race ”.

Bagnaia and Marini, together with Morbidelli, might be the pride of his Academy, but Alberto Surra is the latest arrival.

“Our mission is to help Italian riders get to MotoGP by taking them on as youngsters, as we have done until now. Surra immediately seemed like a talented rider and he trained with us for a year because we had to understand his character, we want simple and polite guys. In the Academy there is a bit of hazing, like in the barracks, you have to earn the sympathy of the senators - he joked - Alberto is undoubtedly fast and I think he is also a good guy ".

The aspiring emulators of Valentino, however, are also present in other championships. Razgatlioglu today in Portimao resuscitated the gag of the mop made famous by the Doctor in Sepang in 2004.

“He referred to me, that’s great! – said Rossi - In my opinion Toprak could also go fast in MotoGP because he has great control of the bike and a modern riding style. He is very young, I hope he has the opportunity to come and race here ”.