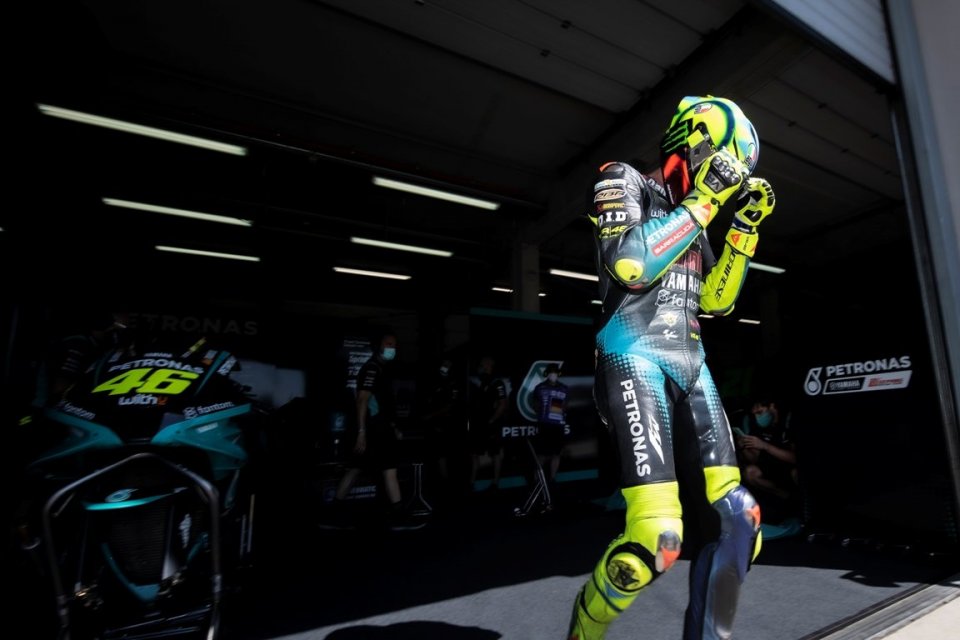 On one hand, there's the replacement at Assen, on the other, the desire to make the leap into the category, since the top class represented his great dream. Gerloff in the MotoGP with Petronas seemed to be one of those market deals that was definitely enticing but, instead, it ended up not amounting to anything.

That’s because the American rider will still be riding the Yamaha R1 of the GRT team in the SBK next season as well. At this point, given the announcement that arrived in the morning, it seems obvious that Petronas didn’t want to rely on Gerloff’s qualities because, if they had wanted to do so, the deal would have already been done.

Instead, after the rumors previously related to Toprak and, more recently, Garrett, neither of the two SBK riders will end up in the MotoGP. At this point, Petronas has an open spot for 2022, given Valentino Rossi’s farewell once the World Championship is over. So the question arises: what will Razali decide to do? The most obvious hypothesis is to focus on a young rider, since this has always been the Malaysian team's philosophy.

The team could, in fact, rely on a rider from their own cantera, such as Xavi Vierge, a young 21-year-old from Spain. It’s a pity that the results from the first part of the season are not particularly encouraging, so much so that they boast a third place in Barcelona as their best result and ended up ninth in the world rankings at the halfway point. So the in-house choice could be the easiest and most advantageous, since it wouldn't cost them anything.

The alternative would instead be Raul Fernandez, a rider that Stigefelt thinks highly of, and with whom he's already tested the waters. But to get him in Petronas, they’ll have to dig deep into their pockets, since the clause is set at 500 thousand Euros. The Spanish rider has shown to be one of the revelations of the Moto2 in 2021.

So these seem to be the most concrete hypotheses at the moment when referring to who will be taking Rossi’s place in a 2022 perspective, also keeping in mind Franco Morbidelli’s situation. As we all know, the rider from Tavullia has a contract that binds him to Petronas for next season. Consequently, the doors to the factory team seem practically closed. Then add to all this the sponsor issue with Withu, who certainly wouldn’t want to lose his testimonial on the M1 of Razali’s team. But there’s an important clause in Franco’s contract… Should Yamaha want to promote him to the factory team instead of Vinales, Petronas would have to give up its standard bearer.

Certainly, if this were to happen, it would be a major headache for the Malaysian team, which would end up with two free bikes to place for 2022. So, we’re expecting a hot August for the MotoGP, not only because the World Championship will be back on the tracks, but also because of market negotiations.