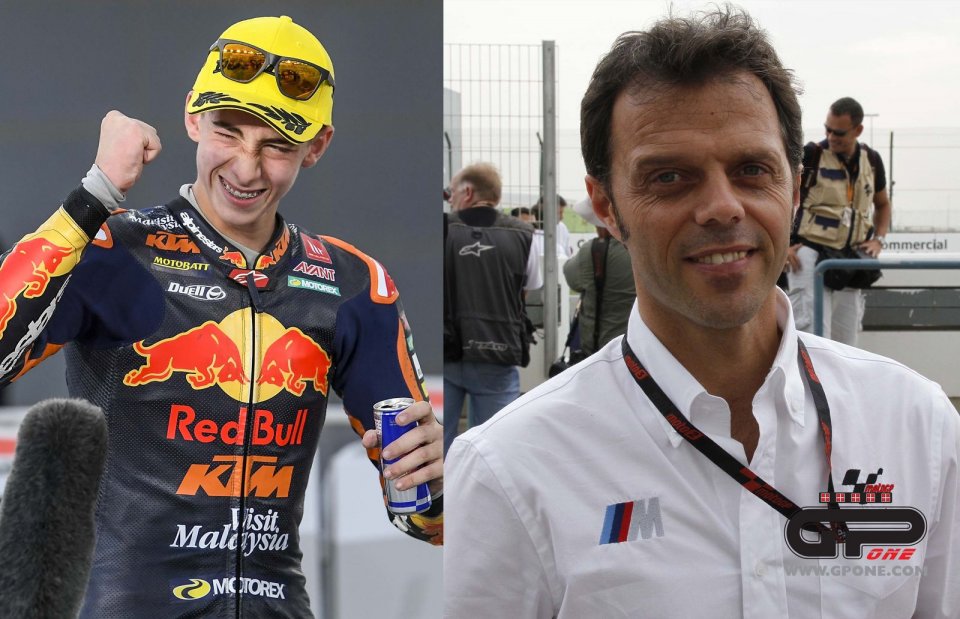 The rider who caused most of a stir at the beginning of this season was not one of the MotoGP aces but a rookie in the entry class in the Moto3 world championship: Pedro Acosta.

The Spainish rider, born on May 25th, 2004, has participated in various national competitions, winning in 2017 in the PreMoto3 category. In 2018, he arrived in the CEV, the Junior Moto3 World Championship and, in 2019, he also raced in the Red Bull MotoGP Rookies Cup, finishing second that year and first the following year.

This year, he made his debut in the Qatar GP with the Ajo Motorsport team and, on April 4th, 2021, he won the Doha Grand Prix, starting from the pitlane, and becoming the first rider in the history of the Moto3 to accomplish this feat.

But if the KTM Ajo rookie can enter the golden books of Spanish motorcycling, he can also succeed in those of the entire world championship, for two reasons… and both are related to Loris Capirossi. After all, the Italian was the last rider to triumph in his first season in the championship in 1990. The three-time champion rider from Imola still holds the record for the youngest rider to win a title. He did this at the age of 17, 5 months, and 12 days. Curiously, he stole this honor from a Spanish rider, Alex Criville, who had won the title in 1989 at the age of 19 years and 5 months.

“Pedro Acosta is really proving to be a great talent. He came from the Red Bull Rookies Cup and is proving to be an incredible champion,” Capirossi said in an interview with  Marca. “He isn’t making mistakes. In his first three races, he took three podiums. In Portimao, he achieved a fantastic victory, with a difficult overtaking on the last lap. So he’s really proving to be up to the task and able to race for the world championship this season.”

Loris hasn’t forgotten that debut in 1990, alongside the late Fausto Gresini in the Pileri team.

“If you look at Pedro’s young age, I’m sure he has a great future ahead of him,” Capirossi said. “He’s one of those riders who has so much talent that he doesn’t need a lot of time to learn and will be able to achieve the highest level very quickly. The only thing that worries me is that he could steal my title as the youngest world champion, because he’s a couple of months younger than me. Anyway, I wish him good luck and good for him for what he’s doing,” the world champion concluded.