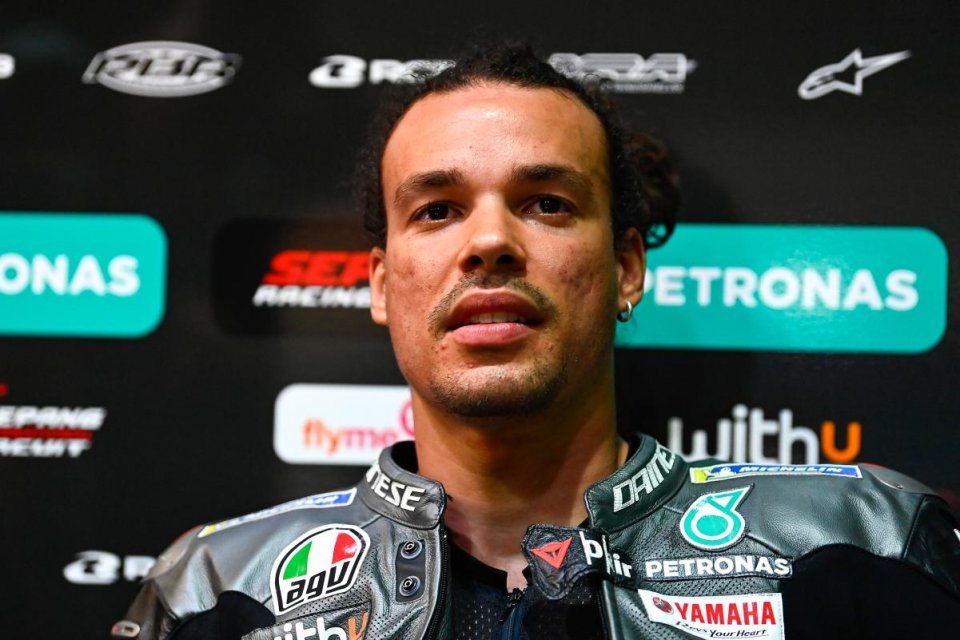 On the day when Fabio Quartararo scored the win at Portimao, the second of this 2021 season, Franco Morbidelli kept the flag flying for Petronas, giving the Malaysian team a fourth place made up of heart, grit and determination.

“I am happy with the race I did - Franco said - I had less potential than Pecco and Mir, but fourth place is undoubtedly positive. This result is thanks to the work we did together with the team and the working group. Unfortunately in Qatar we did not find the right set-up, while here things went differently ”.

In Portimao, the Italo-Brazilian was able to turn the corner…

“My world championship didn't start today, but in Qatar, on the Losail track. It didn't start off on the right foot, but today's was a positive race and I'm happy ”.

Morbidelli finished fourth in Portimao. However, one begins to wonder if Yamaha will make a contribution for the rest of the season, seeing as from the next GP Rossi will have updates from the manufacturer.

"This year the situation is different, as my bike is completely different from the official ones. But let's forget about these things ”.

Franco wanted to cut short on this topic, even though it seems that the official M1s are from another planet.

“I have the feeling that I have less maximum potential. The other Yamahas, I mean the factory ones, are able to make better use of the tyres and have that little bit more than me to make the tyres work better, so they have more speed. I didn't do impressive times, but I managed to fight for the podium. The others can push the tyres better and bring out a little more, but for my part I’m trying to be consistent.”

"Ramon is the best crew chief in MotoGP and this is demonstrated by the fact that we are fast with a bike that is not official anyway".