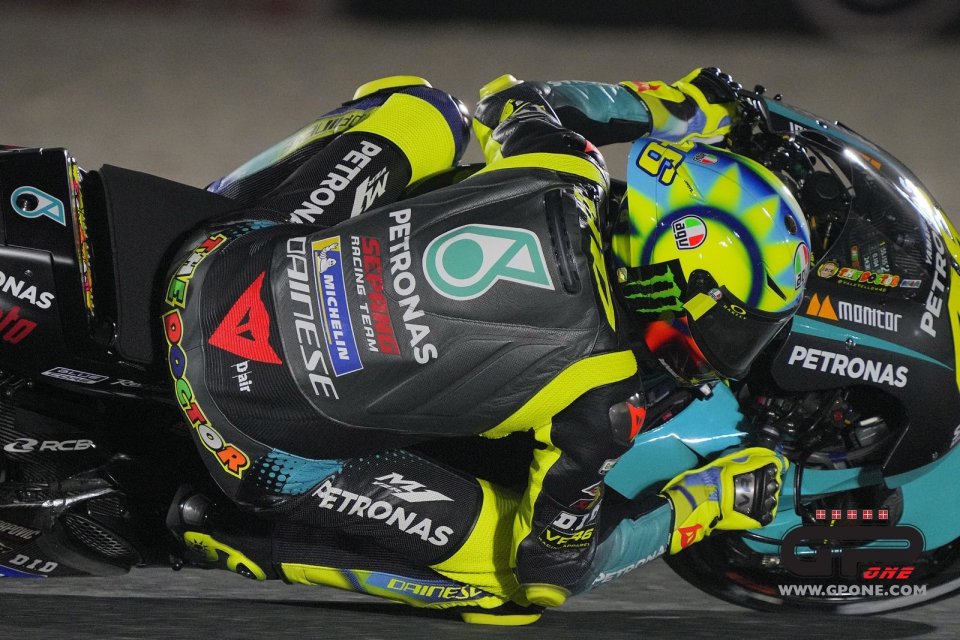 The first Grand Prix of the season for Valentino Rossi did not go as he had hoped for. The man from Pesaro did not get a bad start, even if he lost some positions, finding himself in seventh at the end of the first lap. Unfortunately, while his rivals immediately set a good pace, Vale first came under attack from Alex Rins, and then from Mir. So on the fourth lap he was already in ninth position, which he held until lap 6 and then lost to Aleix Espargaro.

From that moment on, a rapid decline led him to finish the Qatar GP down in 12th position, more than ten seconds behind the winner, his former teammate, Maverick Vinales.

“We certainly expected more after qualifying - explained Rossi - but after a few laps in the race I was struggling with the tires. Unfortunately this had already happened during the tests, with the rear. For some reason it seems like I stress it a lot, so it loses performance. And it happened to me in the race after a few laps. Strange because it was colder. I immediately lost a lot of positions and ground: I struggled a lot. I didn't do the race I was expecting.”

Your start wasn’t bad at all…

"Yes, the start was not bad, relative to our standards, in fact I started better than Vinales and Quartararo, but the Ducatis got to the first corner faster."

Are you disappointed? Do you have any idea what happened to Morbidelli?

"We expected better, especially after the fourth quickest time in qualifying, but in a race simulation I had encountered this problem even during practice, and I couldn't solve it. I don't know what happened to Franco, I think he had some problems with the bike. Going back to the tires: yesterday we tried the hard rear, but we weren't fast enough, so we chose to start with the soft anyway, but unfortunately we had the same problems ".

What do you think of the result of the Grand Prix?

"I didn't see the race, I was too far from the leaders. Congratulations to Vinales, because he rode in an incredible way: at the beginning he was with me. Zarco and Pecco also had a good race, finally overtaking Mir on the straight. With this result behind us now we will be able to understand the season better, before no one could know the real forces on the track ".

Do you already have some ideas for next Sunday?

"As I said for some reason we stress the rear tire too much, so it loses grip. That's the problem. We had a long meeting and now we will try to find a solution to be faster next week."

In any case, a Yamaha won…

"As I said Maverick was impressive and did a fantastic race. This is a positive thing: they used a different set-up than mine and it seems to have worked. Quartararo also did well, so this is definitely good to understand what to do next week".