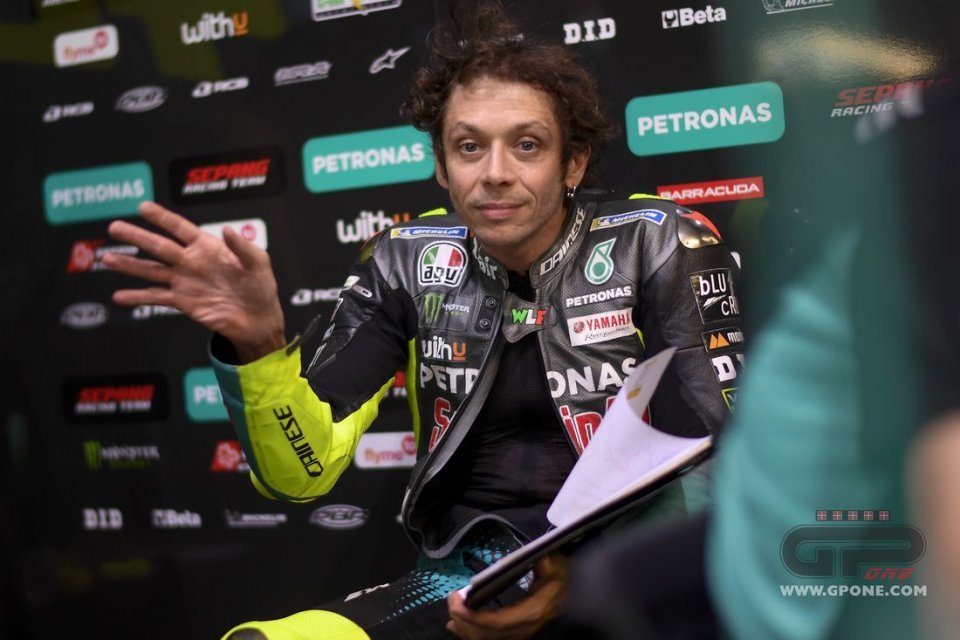 You have to almost scroll to the bottom of the ranking for this second test day to find  Valentino Rossi’s name. He finished 20th today, failing to improve his time yesterday. If the other Yamahas are all in the top seven, the Doctor is in evident difficulty, and his words reflect his problems in fighting against the clock.

“It was a difficult day. I wasn’t fast, and I struggled to find grip in the rear,” he summed up. “We’ve tried several things, but we haven’t found a solution, and I suffer especially in acceleration. We’ll now have two days to study the data and be ready for the next test.”

If we really want to be bad, we could say: new year, old problems.
“We have different problems each time. I tried some new things, like the 2021 frame, but the sensations remained the same. In the next three days, we’ll have more material, but we have to look for a different balance that allows me to get out of corners faster.”

Is it a problem with the set-up?
“We tried to make a bike that was easier to ride, and I feel good in the mixed, but I lose too much in acceleration, so I struggle in fast corners.”

Quartararo doesn’t seem to like the new frame much either.
“My mpression is that it’s very similar to 2020, not 2019. I didn’t notice any major differences in riding.”

What’s worse? Today’s 20th place or the 1”7 delay from Quartararo?
“Both. I didn’t feel comfortable on the bike today. I wasn’t fast enough, and we’ll have to study the data to find a different direction.”

Your brother Marini is up ahead in the standings.
“I had some problems with the bike at the end of the session, and I couldn’t do a fast lap. I could have improved. In any case. I’m happy for Luca. I was able to talk to him and he was happy. Today he kept up a good pace. He improved compared to yesterday.”

Did you talk to Crutchlow too?
“At the beginning of the day. We also did two or three laps together, but it was just a coincidence. I talked to him and also to Galbusera. Cal’s feedback is important, and he’s fast. He has interesting ideas, because he comes from Honda, and he can help us. I also managed to exchange a few words with Vinales yesterday. We met at the Mobile Clinic, but he’s doing a different job than  mine, and we haven’t talked much about bikes. Today he was fast, as were Fabio and Franco. It was a good day for Yamaha.”