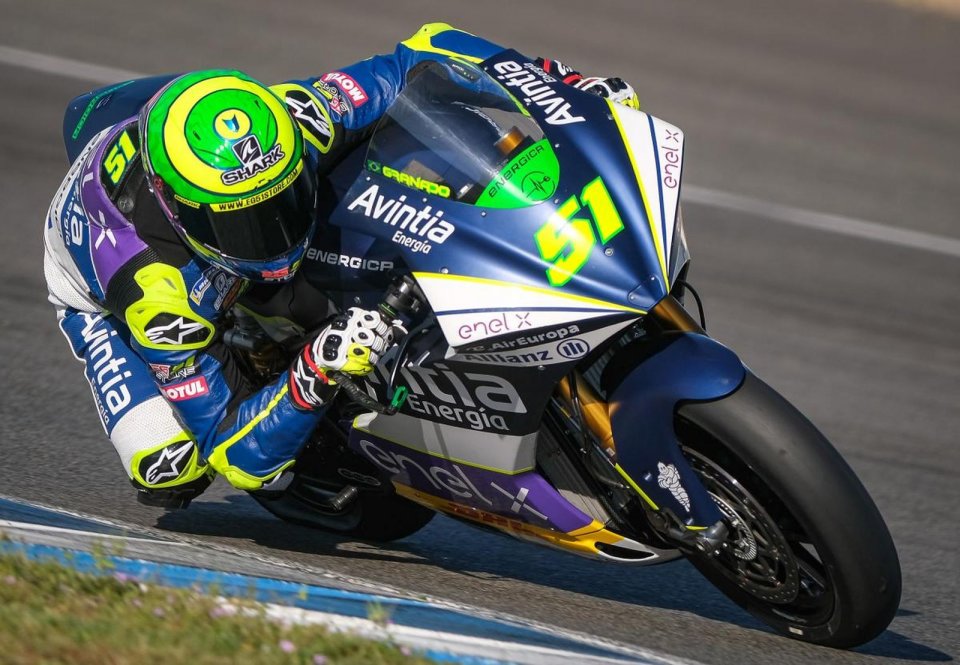 The FIM Enel MotoE World Cup will experience its first weekend of the season with a double race in the TISSOT Grand Prix of Emilia Romagna and the Rimini Riviera. To deal with this new situation, the race direction has decided to change the format of the Race 2 grid.

While last season the E-Pole qualifying session decided the starting grid for both Race 1 and Race 2, from now on for the second MotoE race (in the events in which it is scheduled) this will be based on the final positions in Race 1.

The E-Pole will remain a unique and exciting session with the single flying lap for each rider for the grid positions of the first heat. The line-up of the second race will then be decided on the basis of the results of the first heat, a fair compromise to increase the show both for the protagonists on the track and for the fans. Those who are not classified in Race 1 will line up at the back of the race grid in the order they were classified in the E-Pole.

Granado leads the way at Misano, then De Angelis and Ferrari

The first day of practice at the Misano World Circuit Marco Simoncelli took place with Eric Granado as protagonist. The Avintia Esponsorama Racing man set the best time in both free practice sessions today, also setting a new track record in 1'42.910. A significant time considering that Granado set it in the final minutes of FP2 with almost entirely worn tyres.

With the Brazilian anxious to redeem his mistake in last week's E-Pole, Alex De Angelis (OCTO Pramac MotoE) was also right on the pace. The rider from San Marino confirmed his excellent state of form thanks to the second quickest time of the day in 1'43.117. All he has to do now is not make mistakes like in the previous round if he wants to fight for the victory in the next two races.

One man who has managed to take the win is Matteo Ferrari (Trentino Gresini MotoE), today third 252 thousandths from Granado. The mewly successful rider from Rimini showed excellent pace, losing something in the final sector of the track. The reigning champion will certainly be the rider to beat in the first heat tomorrow afternoon.

Fourth place went to the Spaniard Jordi Torres (Pons Racing 40), 409 thousandths down. The revelation of this MotoE season preceded Xavier Simeon (LCR E-Team), fresh from the podium seven days ago, and Tommaso Marcon (Tech 3 E-Racing), who reached the top positions at the end of the session.

Championship leader Dominique Aegerter (Dynavolt Intact GP) finished in seventh position on Friday, nearly seven tenths off the lead. As he did at Misano 1, the Swiss rider focused more on race pace rather than on the single lap (he has a 12-point lead over Ferrari in the standings).

The protagonists of the FIM Enel MotoE World Cup will be back in action tomorrow, at 11:45 am, for the E-Pole and at 4:20 pm for the start of Race 1.