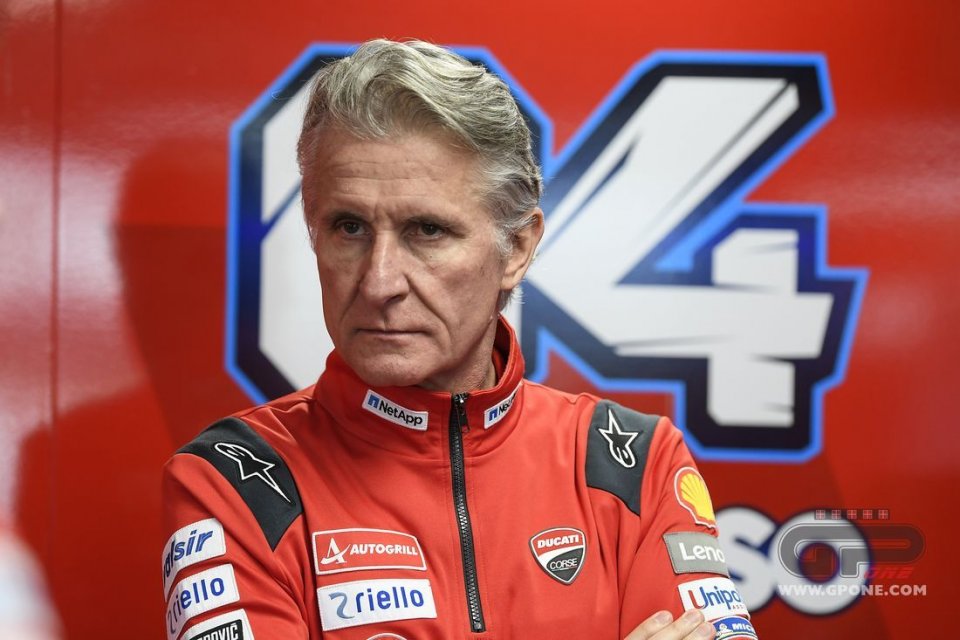 The news of the day is undoubtedly the passage of Jack Miller in the official team starting next season. We wrote it on May 19, today it was confirmed officially…

Ducati has therefore started to show its cards in view of 2021 and Paolo Ciabatti has intervened on the matter. In this long talk, the sporting director of the Borgo Panigale manufacturer explained the reasons that led to this choice, that is, in with the Australian and out with Petrucci.

In addition to the hot topic of the day, there is also a hint of what the situation is regarding the negotiations for the renewal of Andrea Dovizioso, as well as the rumours related to the arrival of Jorge Martin in the Pramac team.

"The initial idea was to wait for the start of this season to plan the team for 2021 - began the Italian manager - Jack was one of the candidates to join the official team. Unfortunately, however, due to the spread of COVID-19, we found ourselves facing an unprecedented situation, having to rely on the results of last season and consequently we arrived at this decision. We talked about it last week at Ducati (HERE our reconstruction), exploring this possibility and then implementing it ".

What convinced you to focus on Miller?

“The assessment was made based on what the rider’s potential is and what he can still express. Jack is only 25 years old, in some ways he can already be considered a veteran of MotoGP, but we believe that this was the right time, given that the official bike can give him an extra motivation. It is a decision that we are satisfied with, even if it was certainly not easy given the failure to start the world championship ".

“We expect that, as he has a bike identical to the factory one, he will show improvement with greater continuity in performance. Perhaps in some situations he has lacked consistency, but at the same time we are convinced he can fill these gaps, fighting for the podium in every race. This applies to him, as well as to all official Ducati riders. "

To date Miller has won only once in MotoGP. Are you worried about that?

“As I said it was not an easy choice, but we are convinced of our decision. Obviously, you are never sure of the decisions until you see the results on the track. However, we are of the opinion that he can go on to fill some of his gaps in order to achieve the completeness he seeks".

Miller's arrival has as a consequence a farewell to Petrucci…

“We told Danilo that for 2021 we had a different set-up in mind, namely an official team made up of Dovizioso and Miller. This does not mean that Danilo is out of Ducati, as we have yet to reach an agreement with Dovizioso. We, as Ducati, would like Danilo to remain in Ducati's orbit, considering a possibility in Superbike, if there were no alternatives for him in MotoGP. This is because we are fond of Danilo as a person and rider ".

This means that Davies’ place is at risk…

“Ducati has proposed a possibility in SBK to his manager, Alberto Vergani, which must be considered interesting by Petrucci. Obviously, it will be necessary to speak with Cecconi, the patron of Aruba. And all the talking has finished here. But by this I don't mean that Davies is out of Ducati Superbike, I would like to make this perfectly clear, since we haven't talked about anything yet ".

"I am of the opinion that Danilo's 2019 season, of course I am talking about the second part, was below his and our expectations, after a positive start that saw him win at Mugello. Having to take stock of that world championship, in the second part he lost his way somewhat and then struggled to be competitive again, which he also admitted. Certainly, this did not work in his favour, and neither did the spread of COVID-19, which led to the postponement in the start of the world championship. Sometimes, however, there are times when decisions need to be made, with the risk that they may be wrong, but you still have to choose."

Petrucci aside, there is the question of Dovizioso. What’s the situation there?

"The goal of Ducati and, I also think of Andrea, is to continue together. We are currently going through a complicated economic moment, especially if we turn our gaze to September. I don't want to be a catastrophist, but we have very complicated months ahead of us financially. For sure, being committed like the plans were in pre-Covid days is not possible. At this point I believe it is correct to face up to the current situation. I think this is clear to all parties involved in the negotiations between Ducati and Dovi, and obviously we must try to find a reasonable agreement. "

Have you set a deadline?

"There is currently no timeframe within which to resolve the situation, even if the overall picture is clear enough to reach an agreement in the short term. We are not in a hurry, also because we think we have the most competitive bike in the paddock. The cards on the table are clear to all concerned and therefore there is no deadline. "

What if Dovi were to quit Ducati?

“We are confident that Dovizioso will continue with us. Otherwise we will take the necessary time to see how to move "

Paolo, finally, there is a possibility of seeing Jorge Martin on the Ducati of the Pramac team. Will anything be made known in the coming weeks?