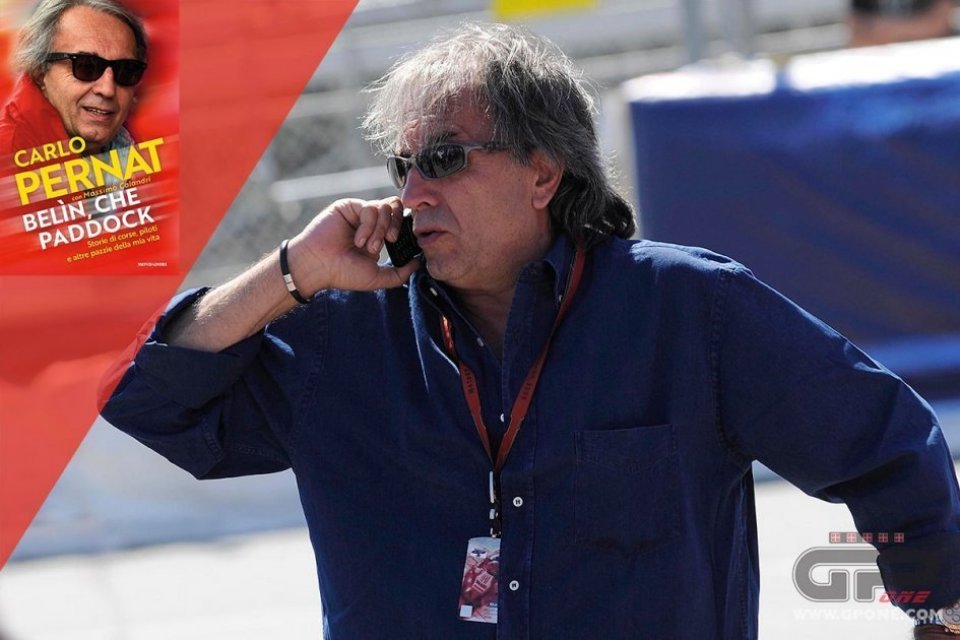 The Sports Bar has turned into a Podcast, which you can find at the bottom of the page. Carlo Pernat chatted with Paolo Scalera and Matteo Aglio about the latest on what's going on these days. Starting from proposals to reduce costs, including Dall'Igna's "one bike per rider" idea, to the new SBK calendar announced today.

The manager from Genova also clarified what the future scenarios will be and talked about Valentino Rossi.

"Red flag on the idea of one bike per rider, a test mule's better"

"I don't agree with Gigi this time, and I didn't expect such a proposal from him. You cannot race with only one bike per rider in the MotoGP. It's the highest of the categories. Costs can be lowered in other ways, but not like this. I say this especially for the entertainment factor. Let's imagine what would happen if Marquez and Valentino aren't be able to race after destroying their bikes. It would be like a sci-fi flick. If anything, I'd think of lowering the number of people on the team."

"I can agree on the use of a test mule, but only during this emergency. It's a viable solution and costs would still be cut. I think this would be a good middle ground. It seems like an intelligent proposal, also in reducing the duration of the GP by one day. One free practice session won't change your life, and the costs are reduced a lot. Logically, sports regulations will have to be adequate, but this is the least of the problems.

"Valentino will continue to race in 2021. It's essential that he does not retire."

"Valentino will also race in 2021, that's certain, and it's essential that he do so, because he'll be the one who'll give us the opportunity to maintain spectators who, if he were to retire, would no longer be there. Carmelo knows this very well, and Rossi will continue. Valentino is in love with racing. Agostini instead thought of the results. They're two completely different things. He'll no longer win the title, but he'll end up on some podium."

"When the MotoGP starts again, there will be less money and fewer people"

"TV rights will be revised, and that's not good news because the consequences are that the prizes the teams receive from Dorna will also be lower. The contracts of the riders will also have to be adapted, and I think Honda and Yamaha will renegotiate those already signed with Marquez and Vinales."

"When we start again, the World Championship will be different, both in terms of structures and in the number of people involved. The paddock will be revised, also in terms of guests. I think for a year, maybe two, we'll have to go smaller. The races will be as good as before, but there will be a reduction from 20% to 30% in terms of people and resources."

"The SBK has to go back to basics. The new calendar? Just a positive message."

"I really doubt that we can start in July in England. I don't think so, and it also leaves me perplexed that the Misano race was moved to November. I think it's more of a message to everyone that they want to start again, and that's good. If they then start with the SBK in July, why not with the MotoGP too? I think they want to send a positive signal. Carmelo Ezpeleta wants to race, and I'm sure he'll succeed in mid-August."

"The SBK must continue to exist, but it must be a championship for series motorcycles, bought from the dealer, with a kit that costs between 70 and 100 thousand Euros. I would also reduce the number of races, most of them in Europe. It must be a return to the origins. Fans would go crazy. There won't be resources to continue with SBK as it is now."