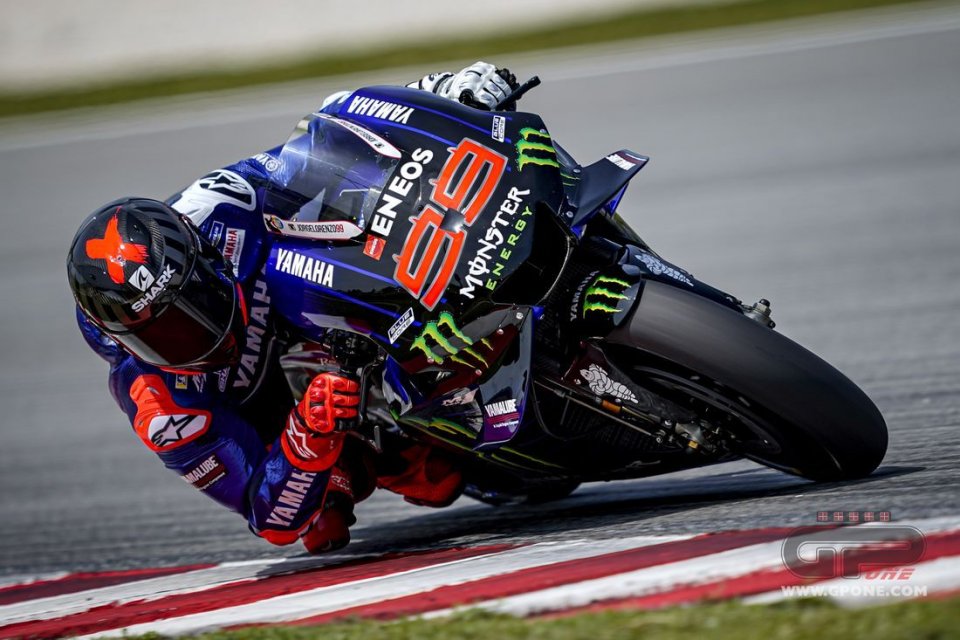 It is difficult to say goodbye, close the door and take another path. Riders are fully aware of this, and after retirement it’s possible that they miss the appeal of racing and sometimes give in to go back on their decision. Lorenzo resisted a few months before deciding to put on his leathers and helmet again and throw himself back into the fray. Yesterday he announced that he will be on his Yamaha in the Barcelona GP, but it was the world’s worst-kept secret....

To prepare for the occasion in the best way, in the coming weeks he will be at Motegi to ride the M1, also because his aim is not to look bad in the race.

In the world championship, there haven’t really been many comebacks. Dani Pedrosa has rejected all the proposals that have come from KTM in recent months. Before him, Casey Stoner also held true to his word, even if he did give way once. It happened in 2015, when Pedrosa was injured, and the Australian offered to race in Texas, but Honda prevented this from happening.

In recent times, the most sensational return was that of Max Biaggi. The ‘Corsaro’ retired as SBK champion at the end of 2012, but three years later he got back on his Aprilia for two races: in Misano and Malaysia, getting onto the podium in Sepang.

Remaining in the production-based series, the name of Troy Bayliss immediately comes to mind. The Australian has virtually never stopped racing (only a few months ago he got on the podium, at 49 years of age, in the Phillip Island round of the Australian SBK championship) but his farewell to the world happened in 2008, he too as a champion like Biaggi .

Seven years later, however, Troy came back to the factory Ducati team for the Phillip Island and Buriram rounds, replacing the injured Giugliano. Bayliss didn't fare badly, scoring a best result of 9th place on his return in Race 1 in Thailand.

We have remembered two recent cases, but we didn't want to do a disservice to one of the greatest bike racers of all time: Mike Hailwood. ‘Mike the Bike’ took part in his last season in the world championship in 1967 (with a brief appearance in 1968) and then devoted himself to car racing. In 1978 he returned to two wheels to race the Tourist Trophy.

Mike had a problem with his right foot, a memory of a bad car accident, but this did not prevent him from winning the TT F1 on a Ducati and repeating it the following year with Suzuki in the Senior TT.

Lawson, Robert and Schwantz: a second life in endurance

Not even Eddie Lawson was able to do without the adrenaline after retiring from 500 cc at the end of 1992. In 1993 he took part in the Daytona 200 Miles and managed to win it, while the following year he finished 3rd. Eddie also raced in the Suzuka 8 Hours in those years, finishing 2nd in 1993.

Not all returns, however, were crowned with success. Kenny Roberts ended his career in the world championship in 1983 but returned to the Yamaha 500 in 1987 for the GP of Nations in Monza. He only took part in free practice and did not participate in the race.

After bidding farewell to the world championship, however, Roberts won the Daytona 200 Miles in 1984 and in the same year he finished 2nd in the Laguna Seca 200 Miles and raced in dirt track, at the Springfield Mile Grand National with a Harley Davidson, but missed out on the final. In 1985 he set pole position at the Suzuka 8 Hours, but suffered from mechanical problems in the race, while in 1986 he took part for the last time in the endurance classic in Japan finishing in 2nd place.

Freddie Spencer was a real expert on retirement, doing it 4 times in his career. The first time was in 1986 at Jarama, but a couple of Grands Prix went by and he returned to the track at Salzburg, announcing his retirement after a crash.

In 1987 Kanemoto convinced him to reconsider, but he finished the year with only 4 points scored and decided to say enough once again. In 1989 it was Giacomo Agostini who gave him another chance, this time on a Yamaha, but it didn't go well and before the British GP there was a divorce and his third retirement.

In 1991 and 1992 Freddie raced in America, in the domestic SBK championship on a Honda, but without standing out particularly. The following year he returned to the world championship, with the colours of the Motor France team and a ROC-Yamaha, but it didn’t go well. He did a few races, picked up another injury and retired once again, this time for good.