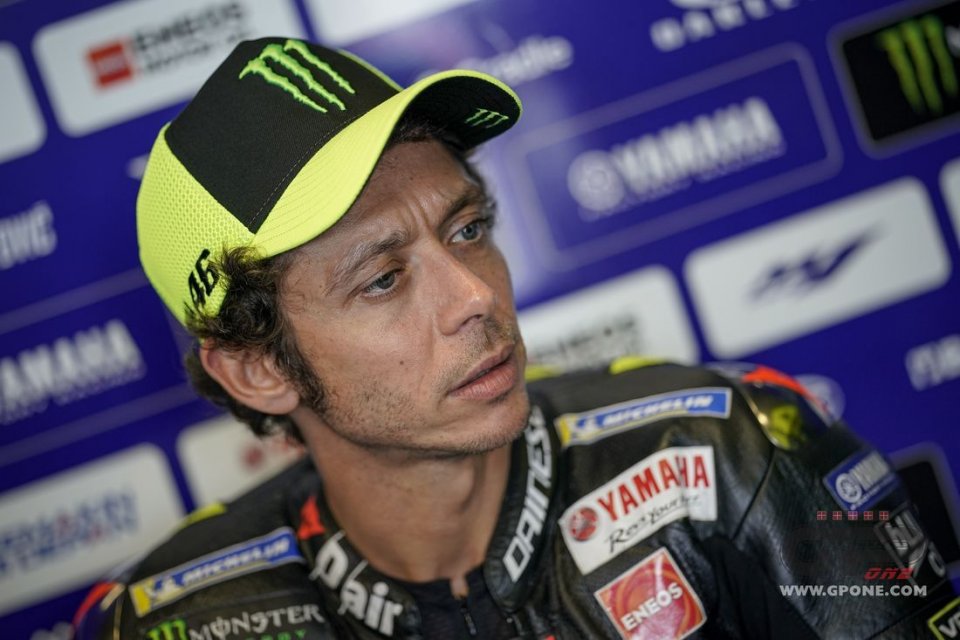 It's no secret that Yamaha is relying on Zarco to strengthen its European test team next year. The agreement seemed to be on the verge of being sealed, but now we've gotten the news of his arrival in Honda, replacing Nakagami, who will be undergoing surgery for the last 3 races of the season. A move that could mess up Iwata's plans.

Even Valentino is aware of this, and he showed his disappointment in Motegi.

"It's a shame for Yamaha. It wasn't a mystery that they were looking for a test rider. He would have been important for us," explained Rossi. "Now he seems closer to Honda, and we need to see what he'll decide to do in 2020. It seems to me that we'll have to shop around to find another fast rider, but it'll be complicated finding one like Johann."

This is a problem that is not up to the Doctor to solve. He has others to worry about. He had problems in the last races, also in relation to in-house competition and he even admitted it.

"They went pretty badly. I had a lot of problems, and it was tough," he confirmed. However, Motegi is a track I like, and the other riders on the M1 are going fast, which means the bike is developing."

So they have to get in line with their fellow teammates, even if they have to risk something. After the disappointing GP in Thailand, Valentino spoke with his men and together they decided to try more radical moves in Japan.

I've been having the same problem with the rear tire in the last few races. After a few laps, I lose grip, and I have to slow down," he explained. "To solve it, we have to work on the balance of the bike, we have to think of something different, and we all agreed during that meeting. We'll try to do it here."

Rossi doesn't deny that there's some room for improvement for him too.

"I can surely also work on my riding style, even if there are no big differences with the other riders, but I also have to find the set-up that best suits my needs ," he continued. "I really like these three races. From here to Malaysia, my goal is always the same. That of racing some great Grand Prixs.”

Before leaving, Valentino commented on Takuma Aoki's return, who rode a lap with his brothers.

"He told me he came back to ride, and that's definitely something special, after his serious injury," he said. "I'm friends with all 3 brothers. When I started racing, they lived in Italy, with Berti who, in turn, was a very good friend of my father, Graziano. I have to thank them because they helped me during my first Grand Prix year, especially Haruchika."

THE 2023 CALENDAR MotoAmerica, the American series, will have to do without Danilo Petrucci this year, who has decided to continue his career in...
20 hours 28 min ago

THE 2023 CALENDAR The Suzuka 8 Hours, valid for the FIM World Endurance Championship, will take place in 2023 one week later than originally planned...
2 days 4 hours ago

The FS-3 Racing Kawasaki team continues to focus on young riders in the British Superbike. With Rory Skinner in the Moto2 World Championship, 19-year...
2 days 14 hours ago

His wife posted about his condition: “He is okay and in the best place possible. They will keep him in for a few days to monitor him.”
3 days 6 min ago