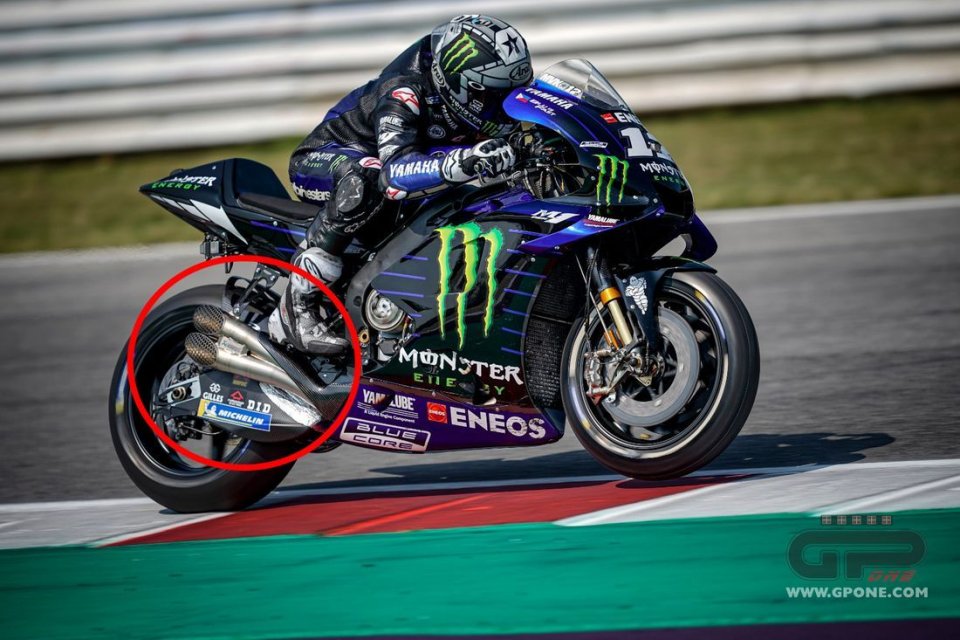 An exhaust for the M1 was among one of the new components that Yamaha brought to the tests in Misano. Yesterday, both Valentino Rossi and Maverick Vinales spoke about it (without much enthusiasm, to tell the truth), but they had not yet seen it, since the pit lane was off limits for both journalists and photographers.

In the photo above, you can see it mounted on Maverick's bike.

This is a dual exhaust, similar in concept to the Suzuki GSX-RR (also with an in-line 4-cylinder engine) introduced this season.

The new component makes the M1 more aggressive, but in the MotoGP, aesthetics don't mean much. Rossi and Vinales will have to figure out if it will improve the performance of their Yamahas and, if it does, we will also be able to see it in the race.