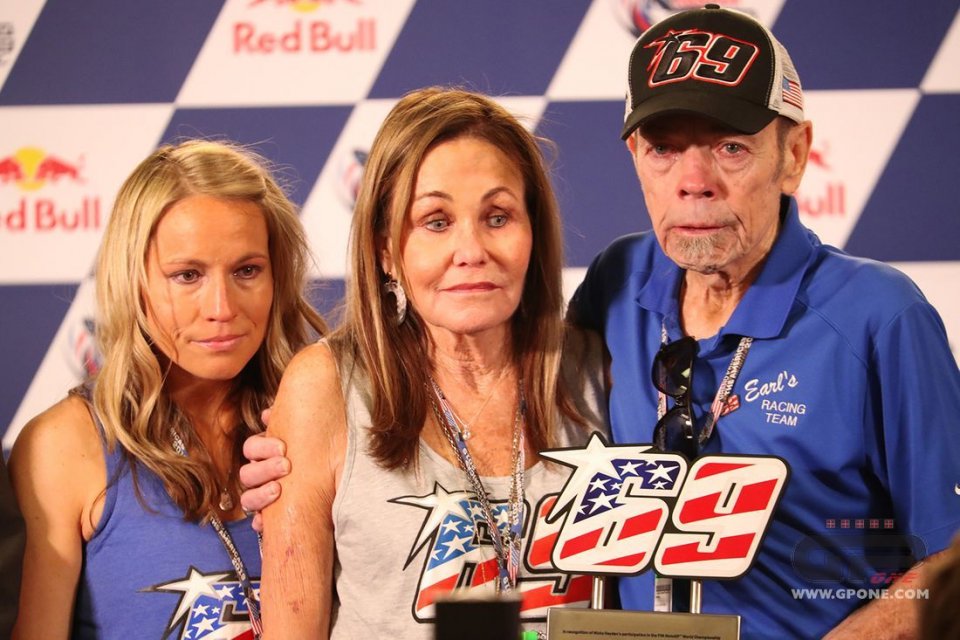 The press room at Austin was packed out for the Nicky Hayden tribute. There were MotoGP riders like Marquez and Lorenzo, past champions such as Rainey, Schwantz, Mamola, and all of Nicky's family. Today race number 69 was permanently withdrawn from MotoGP, the number symbolically presented to father Earl, who was unable to contain his emotion.

Brother Tommy voiced how important this gesture was to the family.

“Nicky loved MotoGP and everyone in this world. He had so much success on track, but his greatest success came away from the circuits. #69 is a special number for our family, our father Earl used it and other relatives before him, then I used it, my sister and my brother Roger when we started racing. Nicky used it throughout his entire career, that number has so many meanings to us. I can only thank everyone for their support and for keeping the memory of Nicky alive”.

Carmelo Ezpeleta, CEO of Dorna, explained how this idea actually came about a long while ago.

“It was something we needed to do because Nicky was special to all of us. We felt it was important to withdraw his number and so we talked to the FMI, we are proud to do it ”.

Jorge Viegas attended on behalf of the International Motorcycling Federation.

“I don't like being here, I don't like this kind of ceremony - he said, referring to Hayden's passing - I didn't hesitate when Dorna asked to withdraw Nicky's number, he is one of those riders who will remain forever in our hearts”.