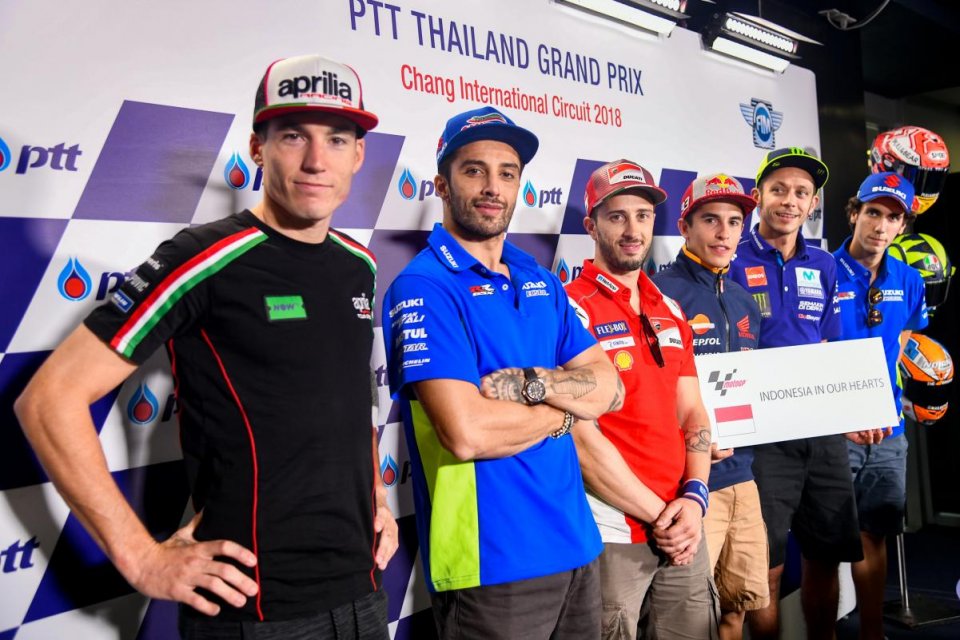 While Marc Marquez still has to get the job done, there are those who are already celebrating titles. Ana Carrasco for example, crowned Sport300 champion last weekend during the Magny-Cours round. The Spaniard's success came up during the Buriram press conference.

Marc Marquez was quick to speak up: “I'm really happy for Ana, this result is an important one for the racing world, as it means that bikes are not just a male domain, seeing as other aspects count too. Ana in MotoGP? SSP 300 is a small category, she'll need to grow in other categories like Supersport. I hope the door is open to all women”.

Andrea Dovizioso also voiced his opinion, echoing #93's thoughts: “Ana Carrasco has proved to be competitive and I'm pleased for her. Will we see her in MotoGP? This is a tougher category, but I don't think it's that important whether she gets here”.

And what about the Doctor: “This is a significant result, because it's a championship win, and not a single race win - comments Valentino Rossi – I wish Ana a great future and perhaps she'll push other women to race”. As for the possibility of seeing her in the top class one day: “the path from SSP300 to MotoGP is a long one, victory in one category should definitely be taken as the possibility to grow the following season with an even more competitive bike”.