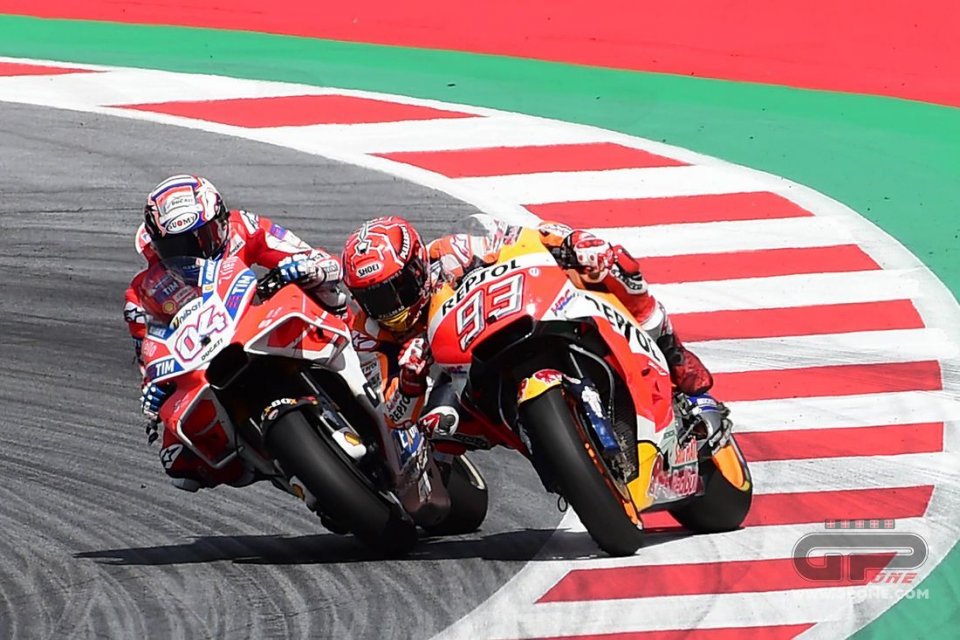 He's a good guy, committed, but he's lacking something. Like those students who spend all night with their books but then that cunning guy turns up and enchants the class and the teachers. Yet Dovizioso has exploded, even those gossip mongers have fallen in love with him, despite those who claimed he was boring.

Andrea of miracles, cancelling out years of toads swallowed and smiles of circumstance in just two corners. Andrea who tells Marquez where to go before hugging him after the finish. Andrea who is wide-eyed as he tells of that double pass, still in a trance. Andrea who is now considered by all to be a real title contender.

He is the hero of Austria, along with Marquez, because battles involve two parties, and on Sunday both were phenomenal. At the Red Bull Ring many other things happened too, but those two cancelled them out with a twist of the throttle and a touch on the brakes.

THE GOOD– Dovizioso is the MotoGP's business deal of the year, with a tenth of Lorenzo's salary he's scored double the points. Andrea's form cannot be valued in dollars, yen or euro, right now he is worth gold. Not even the two wins were enough to convince everything, but with the third he silences the last of his critics. Against Marquez, he showed that he does not only have a developed brain, but also two round organs positioned a little lower.

THE UGLY –  Up until a few months ago, it was many riders' dream, now it's a nightmare for two. The M1 was the bike with many merits, but lately the proportion has been turned on its head. They're working hard in Japan, with the various frames and fairings, but the results are slow to come and the old bike is better than the new one. Rossi has stated that the aim is not to beat Zarco, but when this doesn't happen it means things are not going well.

THE BAD – When a test rider promoted to being a wildcard does the best race of the year (in terms of distance from the fastest) the celebrations always have a bitter taste. Good job Kallio on the KTM in Austria, but what about the factory riders? We give Pol Espargarò the benefit of the doubt, as he was soon forced to retire, but Bradley Smith looks like a ghost. The alarm is ringing for both of them, set by Mika.

THE DISAPPOINTMENT – After four consecutive podiums, the weekend didn't go to plan for Romano Fenati. These things happen, but you pay dearly for them when battling against Terminator Mir. Joan takes no prisoners and now has a precious advantage over his rivals. 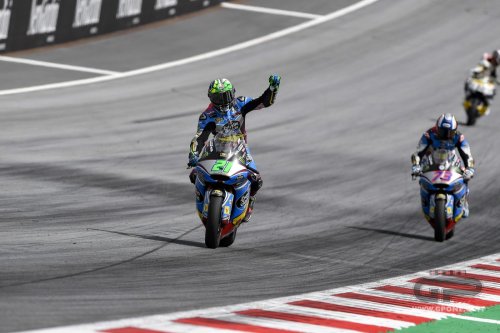 THE CONFIRMATION  – The Mir of Moto2 is Italian (and a little Brazilian) and his name is Franco Morbidelli. He doesn't have the same lead as his Spanish alter ego but he does have the same number of wins, 7. Not bad, the Morbido is a tough guy who won't fold easily.

THE MISTAKE – Another Italian, this time in the shape of Andrea Migno. He was battling in the right group when a crash ruled him out of the game. Better luck next time.

THE SURPRISE – Jaume Masia, who is he? A Spanish 16-yer old racing in CEV who, on his first appearance in the world championship, standing in for Darryn Binder, battled with the best and set the fastest lap of the race. Surely someone has their sights set on him for next season. 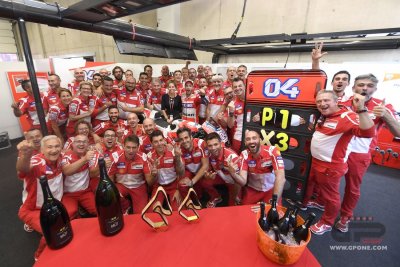 THE PASS – We've watched, analysed, enjoyed and examined it over and over. because the one-two between Dovizioso and Marquez is one of those things we'll never tire of. The best advertisement for motorcycling, a joy to behold. Thanks to them both.

THE INTERESTING FACT – Dovi is now part of a select club, those riders able to win 3 races in a season with the Ducati, a feat only achieved by Stoner and Capirossi until now. Andrea hasn't won three races in the same season since 2004, the year in which he won the 125 title.

I TOLD YOU SO – Everyone was sure on Saturday: “Marquez has something more”. Well done Dovizioso for proving them wrong.