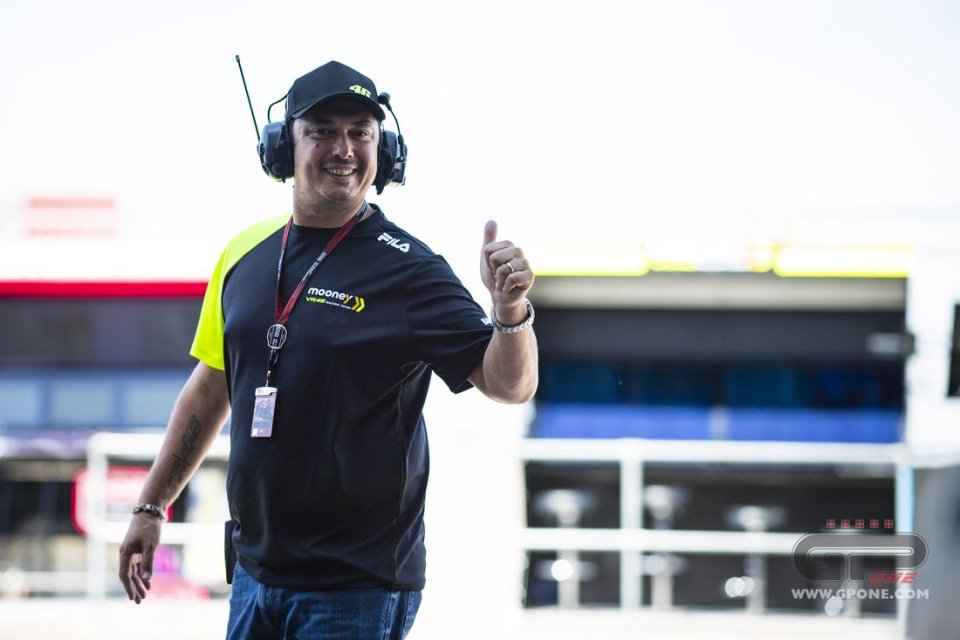 FIM president Jorge Viegas enjoyed being a journalist and giving rise to a scoop: "The VR46 team will be with Yamaha starting from 2024" was his declaration. Not a minor declaration either, especially since Valentino's team has a contract signed with Ducati that will only expire at the end of 2024. In truth, some rumours of a collaboration between Rossi and Yamaha have been circulating in the paddock for some time, but when certain declarations come from the president of the International Federation in front of the TV cameras, everything changes.

"It's a never-ending story: before they said we would have the Yamahas in 2023, now everything has been postponed to 2024" joked Alessio 'Uccio' Salucci, team principal of VR46.

This comment should be enough to bring the matter to an end, but Uccio has no problems going into specific details.

“I don't know why Viegas fired off this bombshell, it's a bit strange because we don't know anything about it - he continued - I repeat once again that we have a three-year contract with Ducati that will expire in 2024, with the possibility of renewing it for another two years. We will certainly respect it, then we will see in 2025 whether to continue or not. As I've always said, for us the important thing is to have competitive bikes."

Something that cannot currently be said of the M1.

"From a personal point of view, I hope that the Yamaha is competitive, because I won't deny that we are bound by a relationship of affection and Morbidelli, who is a rider from our Academy, rides with them. But it's not a desire linked to the VR46 team” underlined Salucci.

In short, the Tavullia-Borgo Panigale axis is solid.

“I don't know how this rumour came about, if there's some truth in it, then it would be better if they communicated it to us as well - joked Uccio again - Seriously, we get on well with Ducati, the bikes are going fast and both Marini and Bezzecchi are very happy, so our path is to continue with them”.

If anything, VR46 is working on the future of the team and the Riders Academy, but on this point Uccio prefers not to reveal too much information just yet.

“There will be some new changes, we are growing and it is right to change something at the internal organization level. In these days we are having many meetings together with Vale, between the end of this year and the beginning of next we will communicate what and how we will change” he promised.