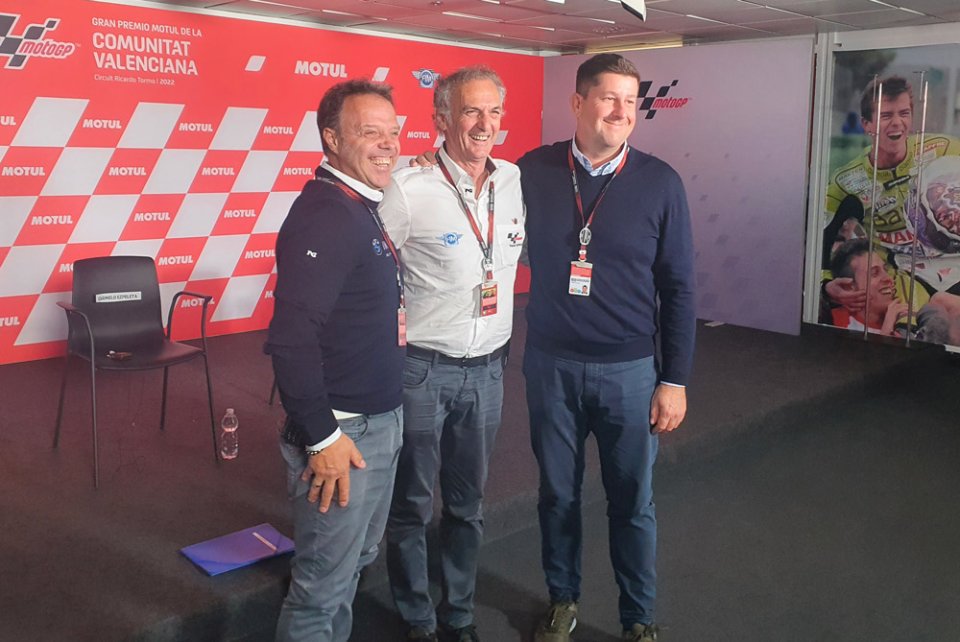 After 30 years at the service of the safety of riders, first with IRTA then with FIM, Franco Uncini has decided to retire. The official announcement was given today in Valencia, but the decision had already been reached a year ago. Once the World Champion of the 500 ended his racing experience as a rider, he became actively engaged in improving the safety of the World Championship. A behind-the-scenes job that has been essential all these years.

“I spent so many nights awake,” Franco said jokingly, trying to hide the natural emotion one feels when it’s time to say goodbye. “I had to make so many difficult decisions, because the lives of the riders were at stake. This sport has always been the center of my life, and I’m happy and satisfied with everything we’ve achieved. Now I need to slow down and make room for young people.”

Starting next year, the role of Safety Officer for the FIM will be held by Tomé Alfonso Ezpeleta, grandson of Dorna’s CEO. “Our relationship has nothing to do with it. If there’s a better person than him, please let me know,” Jorge Viegas, President of the International Federation, said.

Tomé has a past in Circuit Management, including circuits like Aragon and Losail.