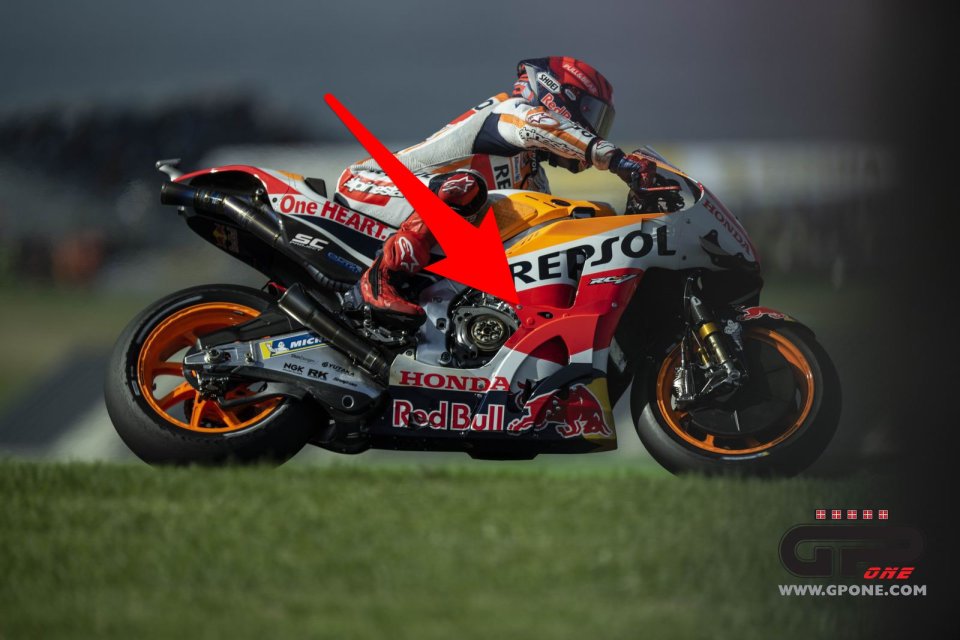 The cry launched from the crow's nest of the Pequod, Captain Ahab's whaling ship, to warn of the presence of Moby Dick's breath on the horizon, we could hear it echo along the track as the numerous observers of the various manufacturers try to poach secrets from each other.

Spoilers, wings, spoons and deflectors have all been cleared through customs, as it were, now the search is aimed at the 'blow-holes' that in Formula 1 are used to 'clean' the layer of air that flows under the flat bottom of the single-seater and accelerate it on the way out, gaining considerable downforce.

In the world of two wheels, of course, everything is much more complicated because the belly-pans of the fairings are very close to the ground just for a few instants, at the moment of maximum lean, but why neglect that moment?

We are not aerodynamic engineers, so take our interpretation for what it is: just an idea. A bit like the one that identifies the location of a mass damper in the 'salad-box' of the tail fairing

The strange shape of the lower part of the Ducati's fairing - a little difficult to interpret thanks to the camouflage of the livery (done on purpose?) - has a sort of 'ear', or if you prefer the final part of a shell with a larger opening at the entrance and smaller at the exit. There, of course, a pressure point is created. 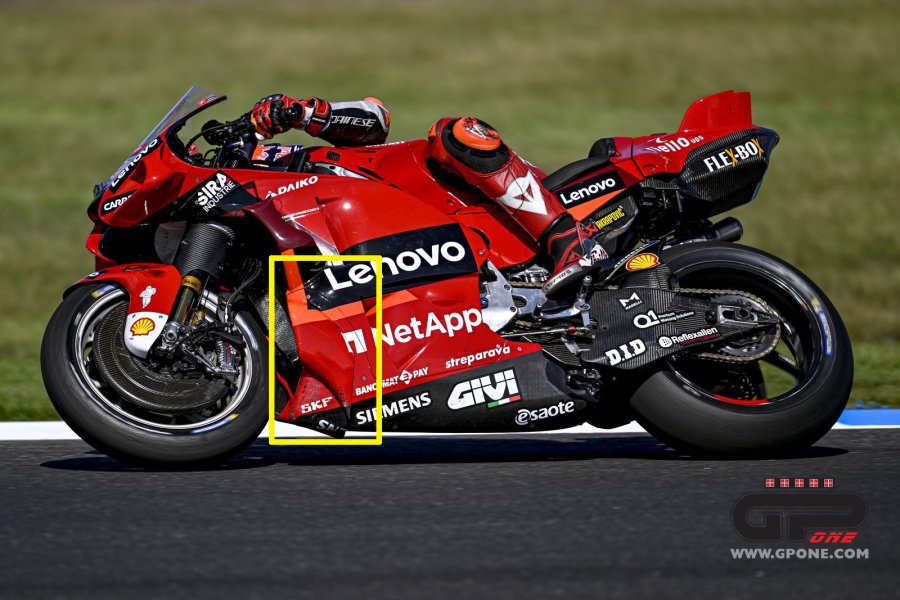 Honda, having copied the idea, has interpreted it in a slightly different way: the ear designed by HRC has in fact a lateral opening, which partially releases the pressure, assuming that the layer of air does not detach too much from the surface of the fairing.

In cars in the rear there are now extractors, with vertical fins orthogonal to the ground to better direct the flows. The hot blowing exhaust air is also being used to increase the speed of the outgoing air.

But on motorcycles the question is: what is it for?

Obviously it creates an aerodynamic effect whose result must be perceptible in the wind tunnel. Of course, to be sure of its efficiency, even before handing it over to test riders like Michele Pirro, the bike must have been tested even in extreme conditions of use, that is, when leaning at 65°. But is this efficiency improvement effect generated only in the lean or also in the straight? We will probably find out soon.