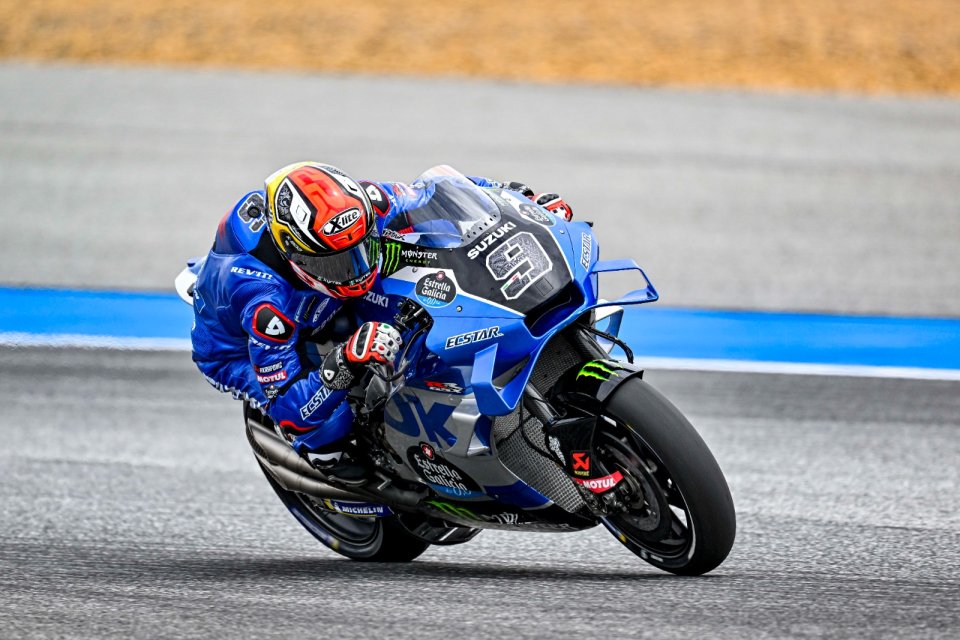 Danilo Petrucci was called the hero of two worlds several times after his participation in the toughest rally in the world, but in 2022 his worlds became at least three. Over the space of a few months the rider from Terni has raced in three different championships, championships in which he has achieved excellent results over time. Many observers hoped for it, but the chances of seeing Petrucci in MotoGP were very slim, even though they had already come close to an agreement, which then faded, in Misano this year to replace Joan Mir after his injury.

Danilo has always been strong in the wet and, even if with the Suzuki, the wettest thing he had seen so far was his sweat, Petrux took away the satisfaction of not finishing last. Certainly not having a good base to work on didn't help, and neither did starting with Mir's setup, but this says a lot about a rider with competition in his blood like Petrucci, able to go from asphalt to sand, and why not, to water when needed.

“I had never ridden in the wet with this bike. I want to thank the team for the big effort they made, we did the setup blindly, we didn't know anything about how to sort things out for the wet. I'm happy, I didn't finish last, which means a lot. I had a good pace at the beginning but shortly afterwards I began to suffer with the front, the pressure increased a lot and I was unable to follow Di Giannantonio. But in the end I managed not to make any mistakes, maybe by doing at least the wet warm-up I would have been able to score some points but I'm happy anyway. For me it was an honour to ride with Suzuki, I thank the whole team for the work done. Maybe it could have gone better, but having jumped on the bike for the first time on Friday while the others have been racing for 17 races, I'm satisfied ”.

How different was the feeling with the rain between the Suzuki and the Ducati?

“I never have ridden the Ducati here, for sure it's difficult to compare, I had my settings with the Ducati, while here I jumped on the bike with Joan's setup and did the race. In general, the bike was too soft and the temperature of the front was more than 80 degrees making it very difficult to ride, it constantly locked up. The wet warm-up would have helped us but I'm happy ”.

Do you already have plans for the rest of the year or next?

“No, I'm very tired. This is the last day of work for this year, I promised myself. I didn't stop after the Dakar, I did MotoAmerica and now here. I am very tired and I need to recover, it seems to me that I raced the Dakar three years ago, while I raced in MotoGP and won a stage in the Dakar in the same year. 11 months ago I was racing in MotoGP, 8 months ago I was in the Dakar and last week I was in the USA. I can be satisfied for this year ".

And for next year?

“I have some options in MotoAmerica and SBK, luckily I can choose what to do. I want to take some time to decide and see if I want to skip this year and train to race the Dakar in 2024. We'll see. Last year I was very close to finishing my career at Valencia, it is a great pleasure for me to be here and see you all again. I think it will not happen that a rider returns to racing in MotoGP after he has done a Dakar and for me it is a pleasure, something incredible that has been achieved. ".