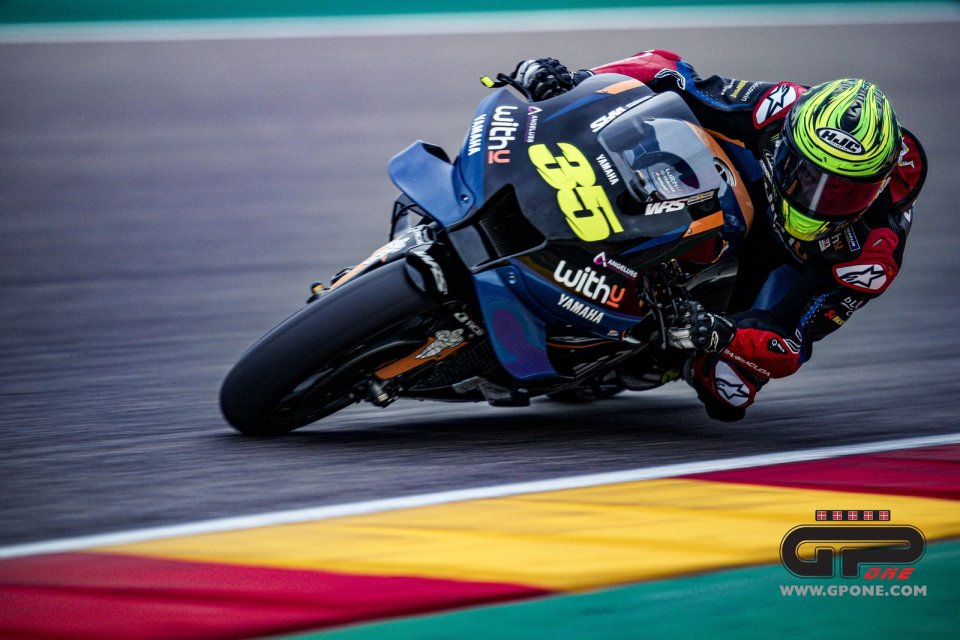 Cal Crutchlow was, in a sense, surprised during his second return to the Grand Prix in Aragon. His 14th position, 20” from the winner, Bastianini, and 10” faster than Morbidelli, is a confirmation that, despite his retirement, Cal is certainly not out of practice.

More than talking about his expectations for the Japanese GP, in Motegi, Cal wanted to put in a word in favor of Nagashima. Remember, “Naga” raced for four years in the Moto2 and, in 2020, he won in Qatar, with a podium in Jerez, as well.

But despite these good performances, Nagashima was unable to remain on the Red Bull KTM Ajo team and was forced to leave the Grand Prix, before being picked up by Honda as a test rider.

“I think Nagashima will be a surprise. He was like a missile during the test,” Crutchlow said. “He was really fast and did an impressive job, a great job. He’s a good guy, and I saw him ride really, really well during the test. It’ll be nice to see him this weekend as a wildcard.”

Absent from the 2019 Motegi calendar, Cal and the other testers could have a slight advantage on a stop-and-go track, where you have to have precise references.

“The last time I was here was in July,” Cal recalled. “And we tested two days, but with the track in bad conditions. It was very hot, it was forty degrees and, moreover, we tested the 2023 bike, so I don’t think I’ll have an advantage on Sunday.”