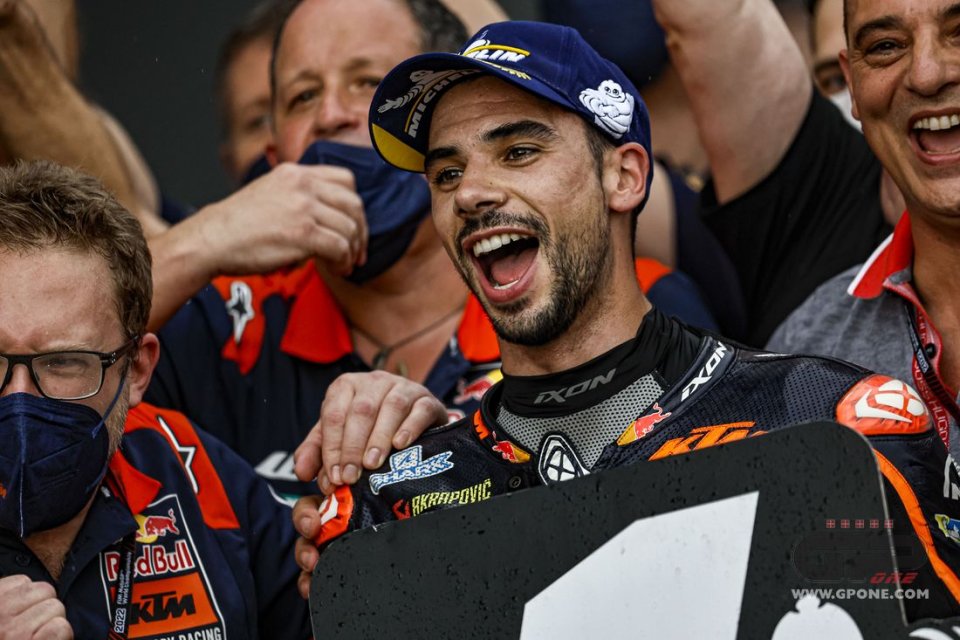 Miguel Oliveira said no to KTM, or rather, to GasGas. After having preferred Miller on the official team, Pit Beirer in Austria surprised everyone when he declared that he'd strike again and offer the Portuguese rider a spot on the Tech3 team alongside Pol Espargarò.

Miguel had already declined that position but, in Austria, they thought he would change his mind, since the GasGas team is going to be an actual official team. And, to convince him, they offered Miguel a three-year contract.

But that didn’t work. As reported by Speedweek, Oliveira returned the offer to the sender, preferring to keep his word with Aprilia. After Ducati and the Gresini team, Miguel had recently signed a pre-agreement with the Noale constructor to ride a RS-GP for Razlan Razali’s RNF team starting next year.

KTM’s (or, if you will, GasGas’) last attempt hasn’t upset any plans, and they’re expected to announce the new line-up (with Raul Fernandez alongside Miguel) in a couple of days.

As of now, there’s a free bike in the Tech3 team. Like we said, Raul Fernandez will join Aprilia after getting the go-ahead from KTM, while his current teammate, Remy Gardner, got the boot during the Austrian GP.

There are no other free bikes in the MotoGP for the Australian rider, so he's looking for a spot in the Moto2 and SBK.

In the end, who’ll be going to GasGas? All the clues lead to Augusto Fernandez. The Spanish rider currently races for the Ajo team in the Moto2, and is second in the championship, just one point away from Ogura.