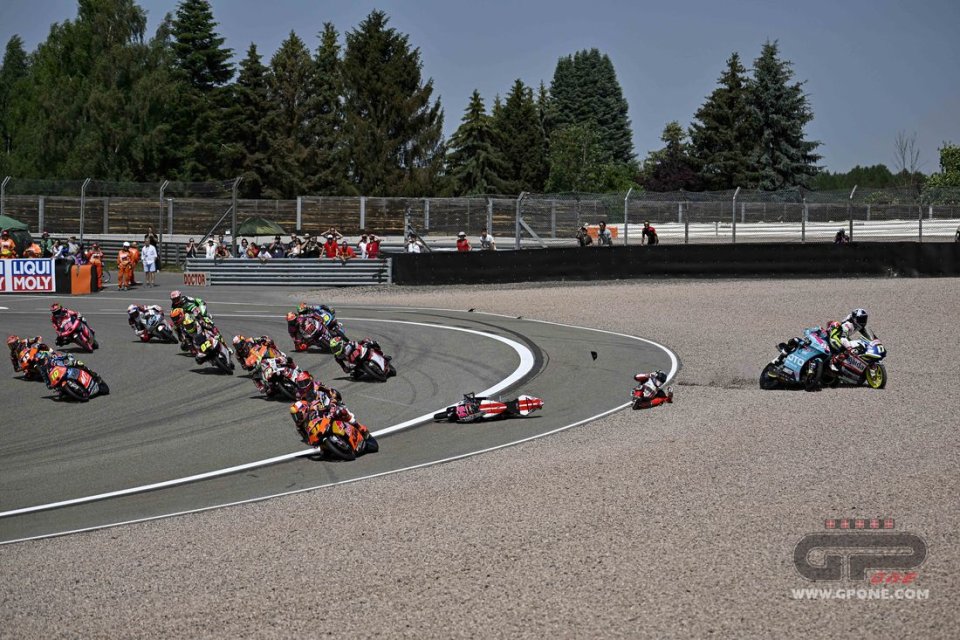 The law is equal for all? Maybe, or maybe it depends on the category in which you race. At least, that's how things seem to be in the world championship.

There is no need to mention what happened at the start of the Barcelona GP: Nakagami made a mistake in braking for the first corner, knocking down both Bagnaia and Rins (who also broke his wrist) onto the ground. In that case the Stewards considered the episode a normal racing incident, therefore Takaaki was fully absolved from any blame and who received no penalty. The protests of the teams (in official form from Suzuki) and of the other riders were futile: the Japanese rider was not guilty according to the FIM officials led by Freddie Spencer.

That might be all well and good (more or less), were it not for the fact that in the Sachsenring GP, in Moto3, a similar episode occurred in terms of dynamics and results. Below you can see it in the video.

Carlos Tatay made a wrong braking move, knocked Riccardo Rossi to the ground and sent John McPhee into the gravel. Clearly, this should also be a race accident. But no. The Prustel team rider will have to serve two Long Lap Penalties "for irresponsible riding and for having caused a dangerous situation for the other riders".

Fair enough, but why him and not Nakagami? We are waiting for an answer, but we doubt that it will arrive... 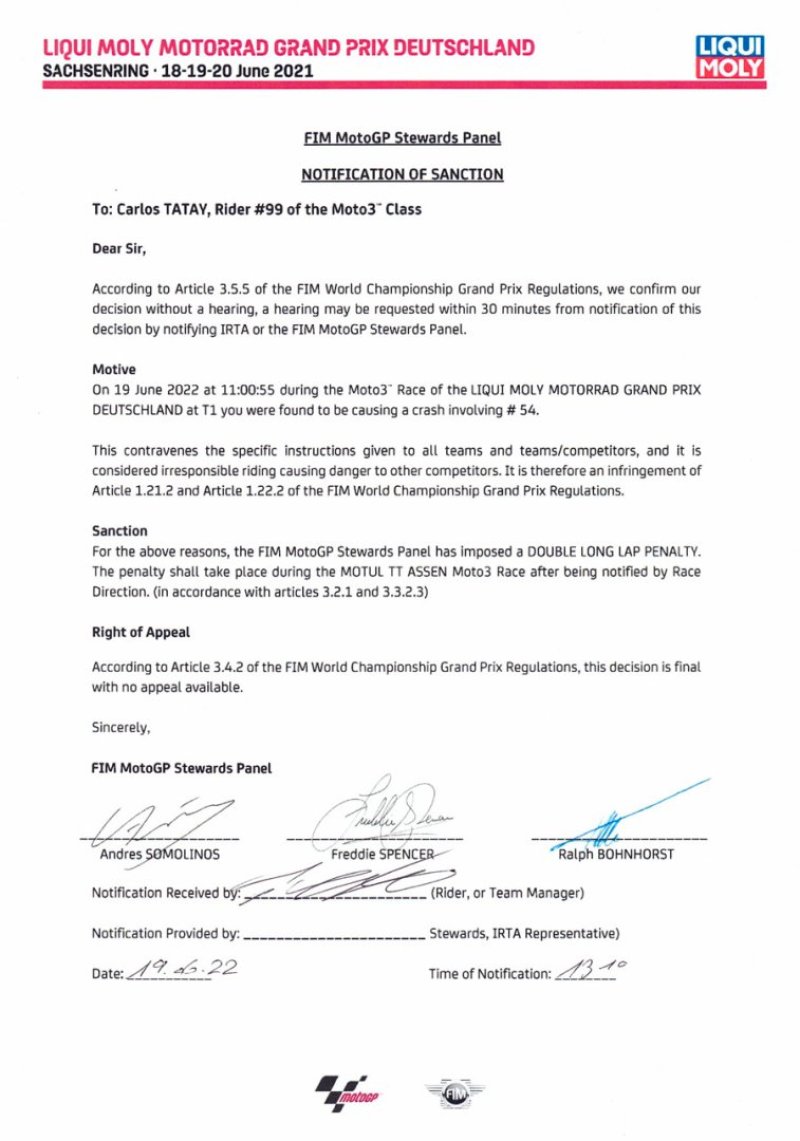 Nakagami: "I apologized to Bagnaia and Rins, it was my mistake"

Suppo: "It is inadmissible to consider Nakagami's mistake a race...