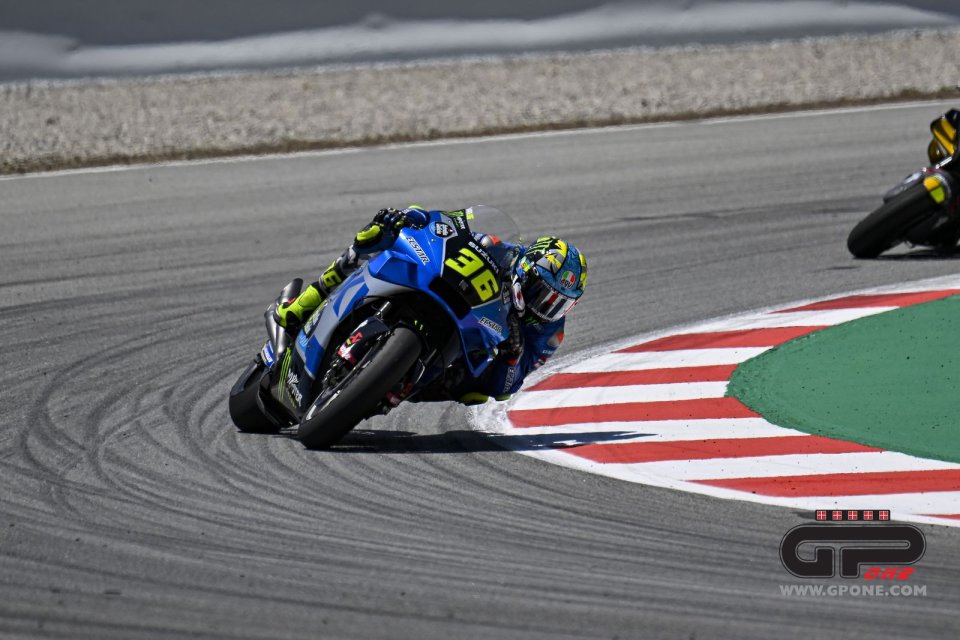 Joan was the protagonist of a great comeback in the Barcelona GP, which saw him make up 13 positions. The first lap was fundamental for him, characterized by an excellent start, excellent overtaking and it saw him already in seventh position. Despite the situation of his team, Mir pulled out his claws and, helped by Aleix Espargarò's mistake, managed to get a very good fourth position. Satisfied with the result, and positive about tomorrow’s tests, Joan also spoke about the ways in which the riders orient themselves during the race.

Your first lap was incredible!

“Yes, the first lap and the first part of the race. Today we gathered some good information that we will use for testing tomorrow. The start was great and I was also able to make some good overtakes at the beginning. Lap after lap the situation got worse and the problems in stopping the bike re-emerged. We were good enough to get a fifth position but with Aleix's mistake we managed to make fourth. I'm sorry for him but he will learn from this mistake, it has already happened to many riders. He must be proud of the race he did ”.

The weekend started badly but then you were fast in the race.

“I knew the problem we had and it was very difficult to manage the new tyres. But on the pace, we were very close to the leaders, we were lacking the fastest lap and the ability to overtake, especially in the final part. From the middle of the race on, I was defending, but starting 17th and finishing fourth, I'd say is a good result. The podium would have been even better but today we were missing something ”.

Will tomorrow be important?

“Tomorrow will be very important; we have some problems to solve. We managed to score a few points here and now we have to be able to stay with those in front and stay on the podium constantly ”.

Regarding what happened to Aleix, do you look at the control tower?

"Yes, but on the last lap I looked at my dashboard, but when you go at 300 per hour you have to stay concentrated. At one point I thought he had finished or that his Aprilia had a problem, then I saw that Zarco was pushing and I understood what was happening ”.

Do you think we need a flag?

“It is difficult to explain but when you ride a MotoGP bike, you do 25 laps on the limit. It's easy to make a mistake. I'm sure Aleix won't do it again ”.

Joan what are the methods to understand when a race ends?

Is there nothing on your display?

"During the practice sessions there is a red flag that indicates the end of the session, and it should also be in the race. Then we have a lap counter but it's not the other way round, so it's more difficult to interpret, I never give it too much importance because sometimes the warm-up lap counts. I use it to get an idea of ​​where I am in the race but I prefer to stick to the pit boards and the chequered flag. "