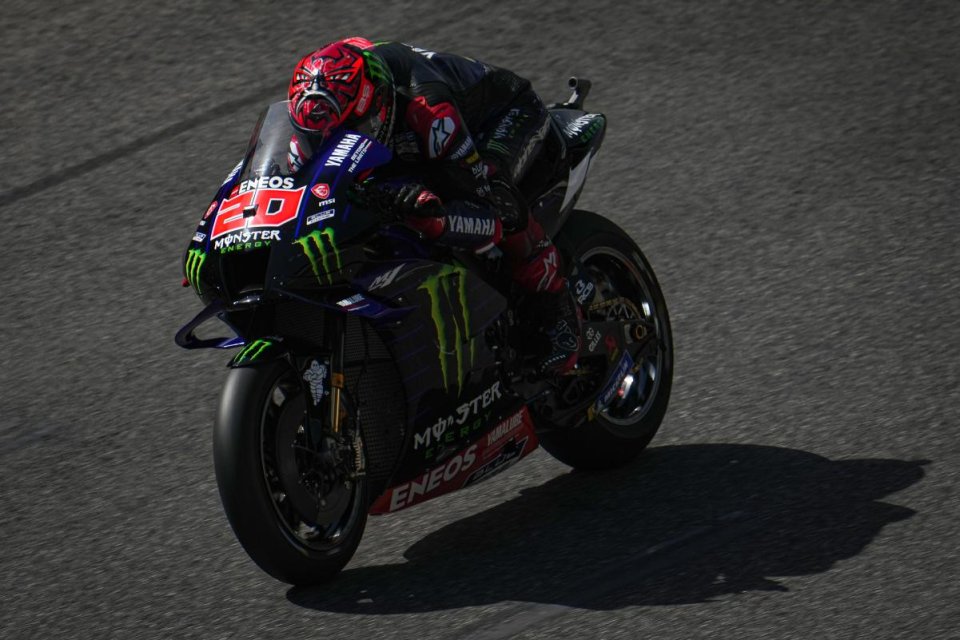 It was not an easy Friday in Barcelona for Fabio Quartararo. The world champion in fact was forced to grit his teeth on the M1, having to deal with the lack of grip. At the end of FP2 the Frenchman was only eighth over seven tenths behind Aleix’s Aprilia, which proved to be unstoppable.

“Do I really have to talk about this day? Today went really badly - he said - usually the bike adapts well to these conditions, but today the track conditions weren’t good at all, as there was no grip. When I used the new tyre, I had no response, so we need a big improvement "

Meanwhile, the Aprilias were dominating.

“We already saw it in Argentina. We know Aprilia with low grip they go super-fast. But for us we struggle. Even on the race pace I was doing six, seven tenths slower than Aleix. On this track you can feel if you are going slow or not, and I feel slow but I feel like I could not go faster because Turns 3, 4, 9 you open the throttle and you spin. I felt I was riding really good, but just super slow.”

Luckily, the weekend is long.

“If the race is now, it will be damage limitation, but we know that in this track the more rubber you put down the more grip you have. So, I hope we can put down a lot of grip during the weekend. I hope Sunday arrives where we can make a massive improvement on the pace because right now I think only Aleix can really make a really fast pace. He’s just five tenths faster, he’s dropping also but he’s still five tenths faster. But for us it drops a lot.”

A small step forward was instead seen by Franco Morbidelli, who was sporting revised aerodynamics.

“With the bigger wings I don't gain much, so I remain with the current wings. Eventually I will evaluate them in the tests after the race. At the moment the problem is that we are slow, even if I have confidence with the bike”.