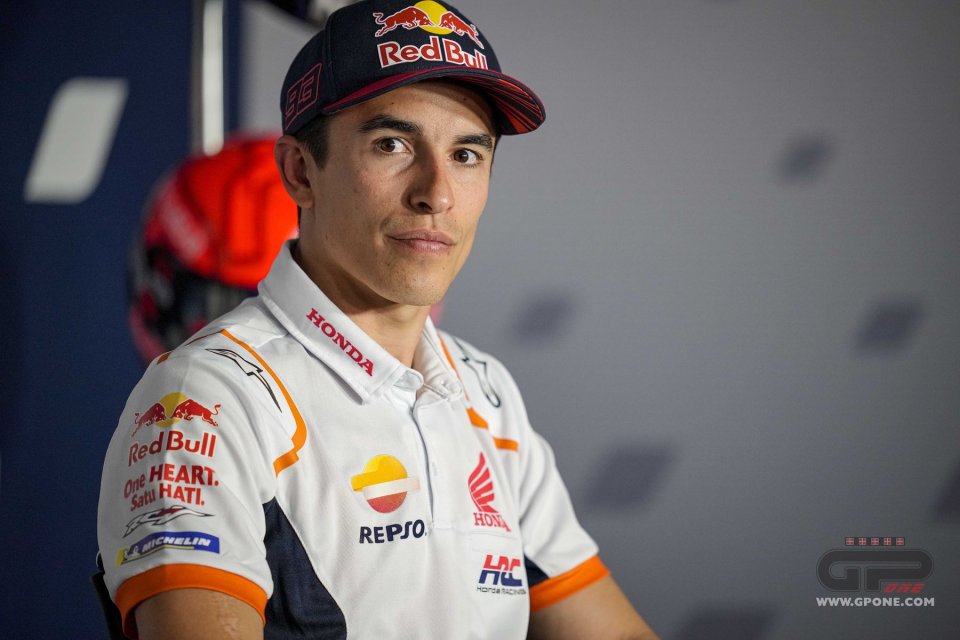 Marc Marquez is continuing to pursue his dream: going back to being the master of a category in which he was almost the undisputed master from 2013 to 2019, with only 2015 that interrupted an impressive roadmap. There have often been encouraging signs. His conditions seemed better in the last races compared to the first ones of the season, and many are convinced that his main limit now is a Honda that has moved away from what have always been Marc’s needs  on the bike.

To make it a more friendly bike for all the riders, Honda has changed the balance of its RC213V, but they ended up partially knocking out the only rider who knew how to take advantage of this bike. Aided by his perfectible physical conditions, it's easy to see how hard it was for Marquez today. But the term “give up” isn’t part of his vocabulary and, at the first chance, Marc will again silence all his opponents, even if he admitted how difficult it was for him today.

"It’s about finding a compromise,” Marc said, referring to his physical condition. "The first thing is to try to better control the pain, and we’re succeeding. On the race weekend, I suffer less with my shoulder. It’s true that the second goal would be to better recover both my shoulder and my arm, but now it's more a mix between trying to adapt to this condition and the progress I have to make. I train to ride the bike at its best, and I think it's obvious that I can't ride the bike like I used to now. I'm riding a little differently, and we're working on getting this new style to the top. Last year we succeeded in some races, but now we haven’t yet found a way to be consistent on all the tracks."

You got the best result of the season in Jerez.
"Of course, we’ve taken a small step forward in Jerez in terms of performance, but not enough to be close to the best. On Monday, I did a good half day of testing. We tried some things that worked quite well, while others didn’t do as we expected. Let's see if these innovations can help us get closer to the top. I don't think they’re enough to fight for victory, but the goal is to improve a little at a time."

Do you think you might have problems with your shoulder on this track?
”It's impossible to predict what might happen here. This season we start every weekend trying to understand on Fridays how the bike works, then on Saturdays we try to improve the speed, then on Sundays we need everything. This was my strategy in Portimao and Jerez, and it’ll be the same here in Le Mans."

Do you hope for rain on Sunday?
"In my current situation, I’m not very concerned about whether it’ll rain or be dry. Of course, if it rains, there are chances of both winning and falling. This isn’t something I don't think about. I just focus on feeling my best in all conditions. Sometimes, when it’s wet, you get on the track and go fast, and you don't understand why, then you get problems like Pecco in Indonesia. You don't know what to expect, but I’ll give it my all in any condition, like I’ve always done."

What do you think about the pressure situation? Do you think a stricter rule is needed?
"I agree with Pecco. Lower pressures in the front doesn’t mean going  faster. On the contrary. It often means going worse. But it’s true that, when you follow someone closely, with the new aerodynamics and how the philosophy of these bikes is changing, it’s harder to pass, and it’s harder to follow someone closely. It's a more critical situation for the pressure in the front, because when you're alone you use the aerodynamics of the bike to turn well while, when you follow someone, you don't have the downforce deriving from the aerodynamics, so you push more on the tire and the temperature increase. This becomes more critical over the years."