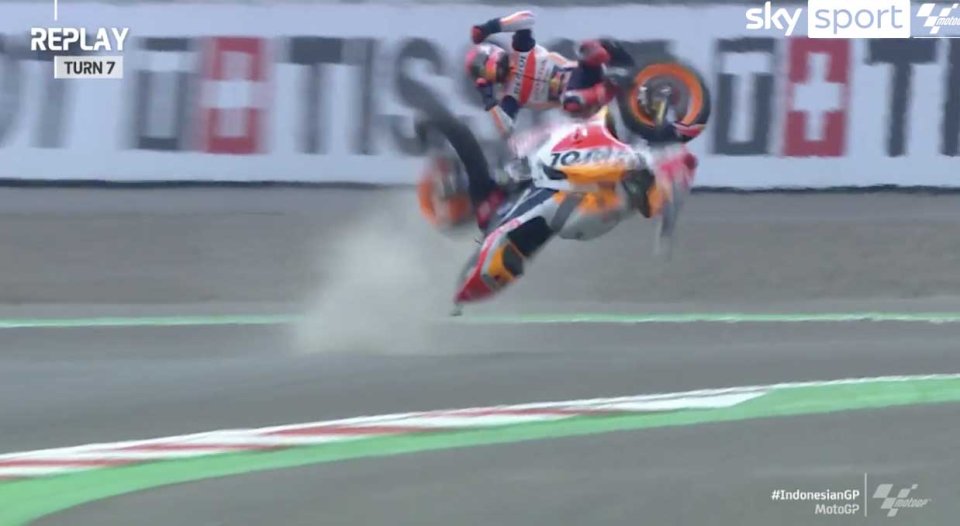 The Mandalika Grand Prix for Marc Marquez started badly and ended even worse. The Honda rider never managed to be competitive on the Indonesian circuit and crashed a lot. Twice in the 15 minutes of qualifying yesterday, then this morning, in the warm-up, when he suffered a violent high side.

Concussion and various bruises were the result and, even if the checks in the hospital had not revealed any serious consequences, this time prudence prevailed and he was declared 'unfit', that is, not in a condition to race.

"What can I say? It wasn't our weekend, we struggled and had problems from the start,” Marquez commented before flying to Spain for further checks.

“The crash in the warm up this morning was very violent, perhaps one of the hardest I've ever had. I went to the hospital and, even if they didn't find any serious problems, it was decided not to race. Of course it's a pity, but also the best decision,” he concluded.

Marquez says he “answered all of Dr. Chartre's questions” after the crash