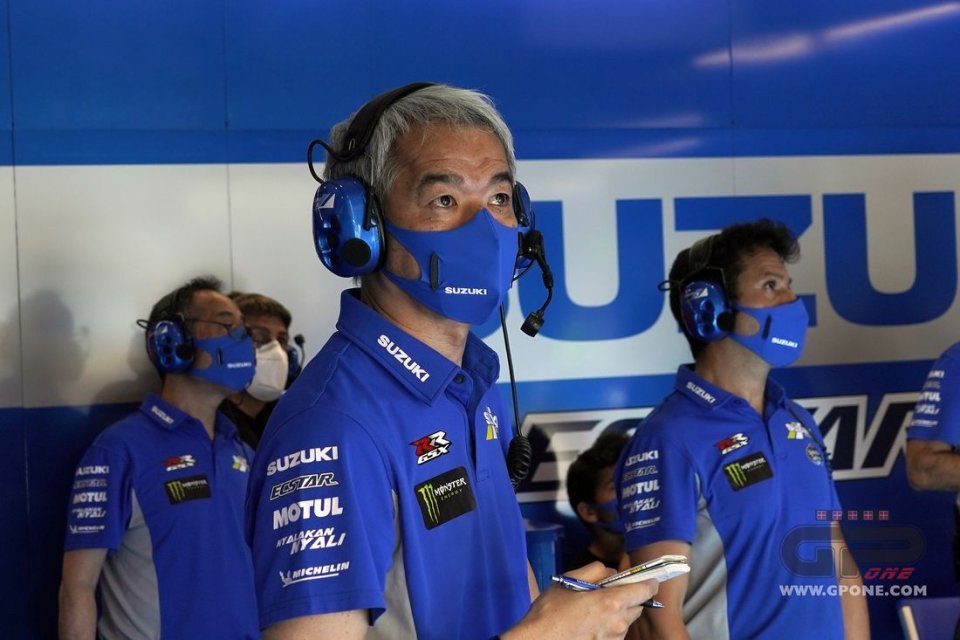 The MotoGP championship will start in less than a month, but Suzuki is still without a team leader. For the moment Shinichi Sahara is carrying out the role of technical manager and that of team manager, but he would like to return to dealing mainly with technical issues on a permanent basis. When? It is not known.

The Japanese manager admitted this today, on the eve of the tests in Indonesia.

“I know it's a topic that everyone wants to know about, but it's not the right time to talk, it's not all clear yet – were his words - We are still talking with some people. It is just taking longer than I imagined and would have liked, but we are not in a hurry, we are not panicking. Everything is under control in terms of team management. I can't say more, we will announce the name as soon as everything is settled, we are still negotiating with several candidates ”.

This 'void' could have consequences with the definition of the contracts with the riders for the future, but Sahara hosed down that idea.

"I'm not worried about negotiations with the riders, I always speak personally with them - he said - Even when Brivio was around I was involved in the contracts, but at this point of the year the most important thing for us is giving them the most competitive bike possible and trying to win the championship again. Keeping Rins and Mir would be the best scenario for the future, but I have not set a deadline, we are talking, as always, but this is not the time to finalize everything. We might do it before the summer, but that’s just my idea ".

There is also another recurring topic when it comes to Suzuki: the possibility of having a satellite team. Even on this point, however, there is nothing certain.

"I know it would be useful and I have not changed my mind, I am positive that sooner or later we will have a satellite team - he said - But it will depend on the decisions of the company's top management and then we will have to find the right team, maybe we will have to wait a little longer".

Better to talk about engineering matters then, also because in the first two days of testing in Sepang the GSX-RR seems to have taken a step forward.

“The tests in Malaysia gave me very positive feelings, we have seen significant improvements compared to 2021, especially in terms of engine performance, but we know that it is still too early to be happy. However, we have confirmed that we have taken the right direction” summed up Sahara.

The competition, however, is not standing by idly and Ducati has brought along a new system that lowers the front even during the lap.

"Our front system works only for the start, we are not really planning its evolution for this year - explained the technical manager - I know that other manufacturers are trying to use it during the lap; if it works, we will use it too, we will need an extra budget, it will have to be discussed carefully ".

After all, Suzuki has always preferred evolution to revolution.

"We have a conservative attitude in development, there were areas to improve, such as top speed and braking, but without losing our strengths. It's our style and I hope it works. We started trying new qualifying strategies, already last year in Portimao and Valencia, and it seems to be going well. It's not easy, there are many factors at play, but we have some ideas” he concluded.