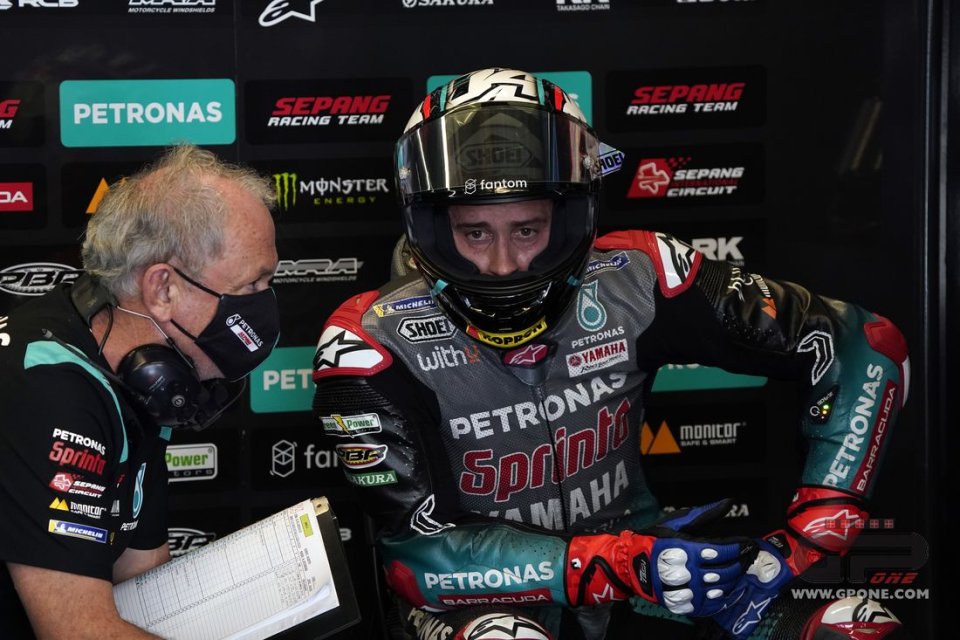 Ramon Forcada is one of the best and most experienced crew chiefs in the MotoGP paddock and, in 2022, he and Andrea Dovizioso will be a great duo on the new WithU Yamaha RNF team. In fact, the crew chief from Spain will follow Dovi on this second adventure with the Yamaha M1. They obviously already got the chance to meet during the races last season and the first Jerez tests, in view of 2022.

Forcada knows Yamaha like the back of his hand, while Dovizioso brings with him the enormous wealth of knowledge he gained on the Ducati in the eight years during which the Borgo Panigale bike was developing, establishing himself in no uncertain terms as the best of the lot. Dovizioso’s first experience with the current version of the M1 wasn’t that exciting, causing  some really ungenerous gaps between him and his rivals. But the situation has progressively improved, so much so that Andrea can also aim for the top, proving that he simply needs time to better understand the new bike.

"Andrea is a person who has a lot of information and who has been on the track for many years, which is very good,” Forcada told Motorsport.es. “He knows what he needs to go fast, and he's struggling to do it, because the Yamaha is a completely different bike for him. As early as 2020, he found it difficult to go fast with the Ducati when Michelin introduced the new rear tire. Then he came to our team, and he found a new bike. He's struggling, like Frankie did the first year. It happens to everyone when you change bikes, because they all have very different characteristics, and you have to figure out how to ride them."

Forcada is sure that Dovi can quickly find the way to be fast with the M1.
"He’s a hard worker, and  he’s especially really attentive to details. A bit like the Ducati philosophy, where details matter and help you go fast. As the times are nowadays, you can’t even gain two seconds per lap. If you improve by a few tenths, that’s already a very important step."

Dovizioso has always been known for his perfectionism, his desire to find the perfect bike. An impossible undertaking according to Forcada.
"The best bike on the grid doesn't exist. But it is true that Dovi comes close to this concept in his approach. He’s attentive to details, has a lot of method, and always wants to be very clear about things. He wants to know where he loses and where he gains, what he needs to do to improve, and what to do to avoid losing. He works a lot of hours looking at the data, studying, comparing, and looking for ways to progress. For any brand, having a rider from another factory who has a fast bike and a lot of experience always helps. But not only here. If he had gone to Honda or Suzuki, he would have helped them too. A rider can always improve if he comes from a good bike he knows, not like what happened to Morbidelli, who came to Yamaha with only one year of experience in the MotoGP and with a bike he didn’t know. But if a rider comes here after he's spent eight years with a factory team, wherever he comes from, he’s always welcome."

The question remains regarding the possibility of seeing Dovizioso return to fight for the title as he did between 2017 and 2019.
"I don't know if he’ll be able to because, right now, we haven't yet tested the official 2022 bike. It will be a factory bike, yes, but no one knows what this bike is like. In Jerez, we had the first prototype, and I don't know if it’ll be the final one. Then, what we’ll be able to do will also depend on what others are doing. It's kind of like what happened with Frankie, who went from a second place in 2020 to his best results, before surgery, when he got a third and fourth place. The problem is that, if the bike doesn't improve and the others do, things will get worse."