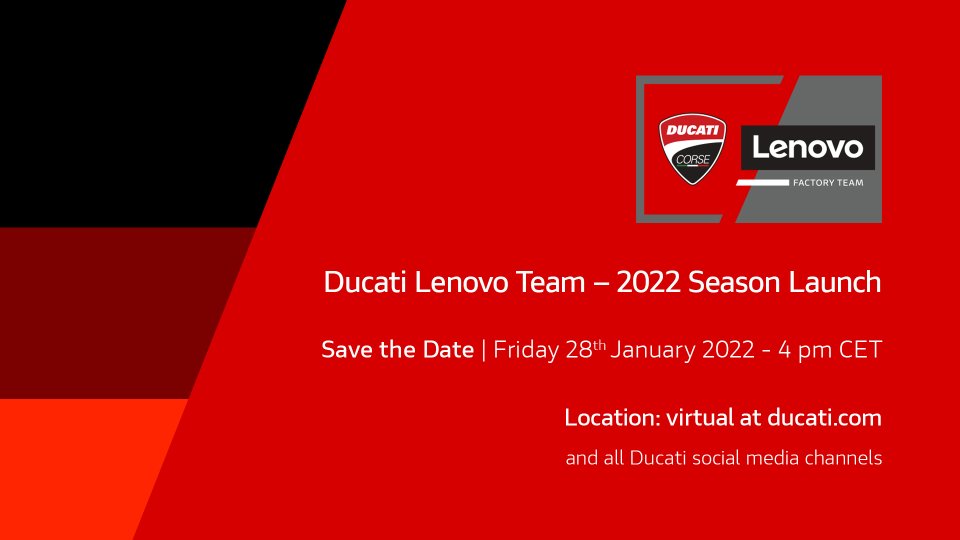 After its superb season finale of 2021, with seven podiums in six races and Pecco Bagnaia's four victories, Ducati can look forward to 2022 with only one goal: to win the title. It will be Bagnaia's fourth year in MotoGP, the right time to capitalize on the experience gained on the Desmosedici and finally bring the riders’ crown back to Borgo Panigale. Alongside him there will be Jack Miller, who will have to combine speed with consistency of results.

Ducati will present to the world (online, both on the YouTube channel and on its website) its new secret weapon for Pecco and Miller on January 28 and, in addition to the aesthetics and livery, it will be possible to check out the performance of the bike already at the Sepang tests. GPOne will be on the spot, live in Malaysia, to see if, with this new bike, Bagnaia will be able to beat Quartararo, Marquez and the rest of the gang, taking the red Ducati bike from Borgo Panigale back once again to the top slot in the world championship, for the first time since 2007.

Why Marquez is still the rider to beat